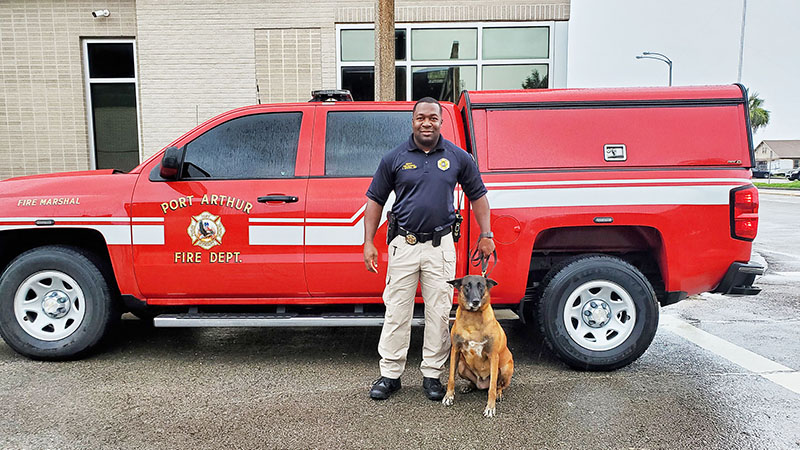 Kids and families have a chance to see first responder vehicles up close, watch a bomb dog demonstration and much more at the upcoming Port Arthur Police & Fire Summer Safety Fair.

The event is set for 10 a.m. to 3 p.m. Tuesday at the Robert. A. “Bob” Bowers Civic Center, 3401 Cultural Center Drive. Admission is free and all children must be accompanied by an adult at all times.

Officer Wendy Billiot said the Summer Safety fair is a new event. While brain storming, Billiot and others realized that, unfortunately, there are drownings ever summer. And while there hasn’t been any locally reported this season, it prompted discussion of safety measures to share with the public.

“We decided, let’s make it a Summer Safety Fair theme, A to Z,” Billiot said.

The event came together in less than a month’s time. 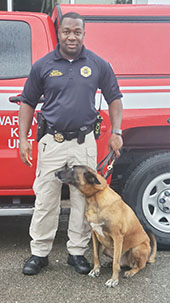 Deputy Fire Marshal Anthony Mitchell will be on hand with Avispa, a 4-year-old Belgian Malinois who is an Explosive Ordnance Device detection dog, or bomb dog.

A pseudo-devise will be used and Mitchell will give a command for the dog to search for the item. The bomb dog demonstration is set for noon Tuesday.

Mitchell travels the state and U.S. with the dog.

“This is about awareness, recognizing and making the phone call,” he said.
“We don’t expect the public to know what they are looking at, but know it’s (suspicious item) out of place and make the phone call.”

Billiot said the event will be inside the civic center and have tables set up with participants who will have information available and some swag to hand out.

Pedestrian safety, bicycle safety, car seat information, as well as information on safety in the heat/heat stroke and heat exhaustion will be provided.

The Medical Center of Southeast Texas will be there with “stop the bleed” guidance and the Texas Department of Transportation will have a simulation cab that shows what happens during a rollover crash when seat belts aren’t used.

Some of the highlight include: