On to the semifinals: Kenneth Lofton Jr., Team USA take down Senegal 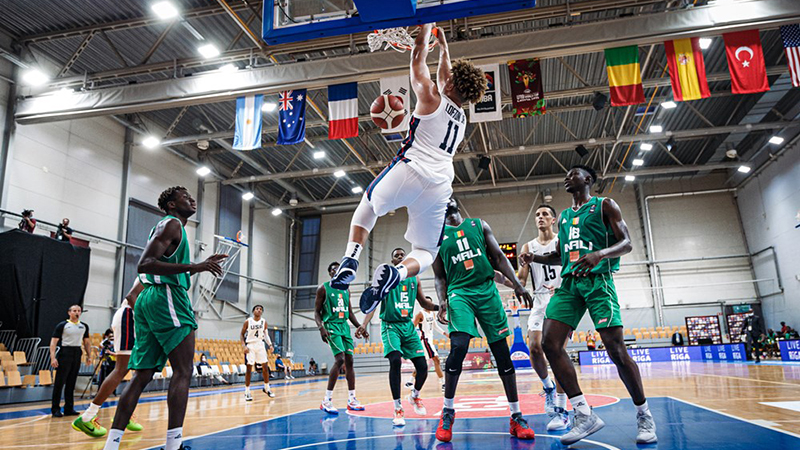 Memorial graduate Kenneth Lofton Jr. and his USA teammates advanced to the semifinals after beating Senegal (2-3) 88-58 Friday in the 2021 FIBA U19 World Cup for Men quarterfinals in Riga, Latvia.

Lofton, who played as a freshman for the Louisiana Tech Bulldogs last season, finished the game with 11 points and three rebounds in Friday’s matchup.

“They (Canada) are all players our kids know and are all high-major players going to college or at college,” said USA head coach Jamie Dixon (TCU). “So, we anticipated that Canada would be one of the final four teams, and that’s where they are. These are guys that our guys know, respect and are familiar with, so I think we know what we’re going to be going against.”

The semifinal winners advance to play in the gold medal game on Sunday. 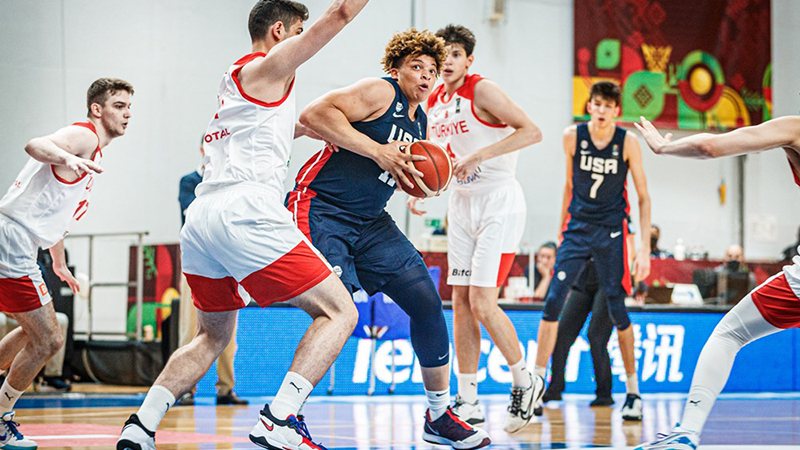 The USA (5-0) went on a 14-4 run in the first 3:20 of the game, making three 3-pointers in that stretch. Behind points from nine U.S. players, the Americans outscored Senegal 32-14 in the quarter, including seven points from Mike Miles (TCU/Lancaster, Texas).

“I thought we played really good to start the game in the first quarter and thought we had tremendous passing,” Dixon said. “The press was good for us early, and they (Senegal) kept coming at us. I’ve got to give them respect. They battled, they kept playing and they killed us on the boards.

In the second quarter, Senegal played tough, outscoring the USA 18-15, despite a 10-2 run for the USA to start the second period. The American’s advantage in the paint in the first half (26-12) and 17 points off of 11 turnovers from Senegal helped give the USA a 15-point lead (47-32) going into halftime.

“We got off to a good start, then we dropped off in the second quarter,” said Miles. “We just had to maintain our energy, but we are glad we came out with a win for sure and we are going to get ready for tomorrow.”

The USA had all 12 players score in the game and four players finish with double-digit efforts. The American’s were led by Jaden Ivey (Purdue/Mishawaka, Ind.) with 12 points, four assists and one steal. Miles added 11 points, five assists and two steals. Chet Holmgren (Minnehaha Academy/Minneapolis, Minn.) chipped in 10 points, three rebounds, four assists and two blocks. Ivey scored the last six points of the game for the USA to help close out the win.

“Just to come out here and compete, it feels great,” said Ivey. “I just love my teammates, and we just all have fun. That’s the most important thing. We just play together, and that is what we did out here today.”

Ivey has had consistent play in the USA’s five wins in Riga, scoring in double figures in each of the USA’s wins and he is averaging 13.6 ppg., 3.0 rpg, 2.6 apg., and 1.6 spg. heading into the semifinals.

“I have a ton of confidence in myself, and I know what I can put out there on the floor,” said Ivey. “I know I can dish the ball, rebound, and do whatever the team needs me to do. Scoring the ball, that’s something I have been working on my whole life. I am trying to be more of a leader, be more vocal on the court and just play together. I just really have fun playing this game, and I love it”

The USA stayed consistent in the second half, outscoring Senegal 41-26 to capture the 30-point victory. The Americans ended the contest on a 19-8 run in the final 6:25 with strong play from both Holmgren and Ivey during that stretch.

“I thought we did a good job in the second half,” said Dixon. “We set the tone with some good passing and solid straight man-to-man when we took the press off.”