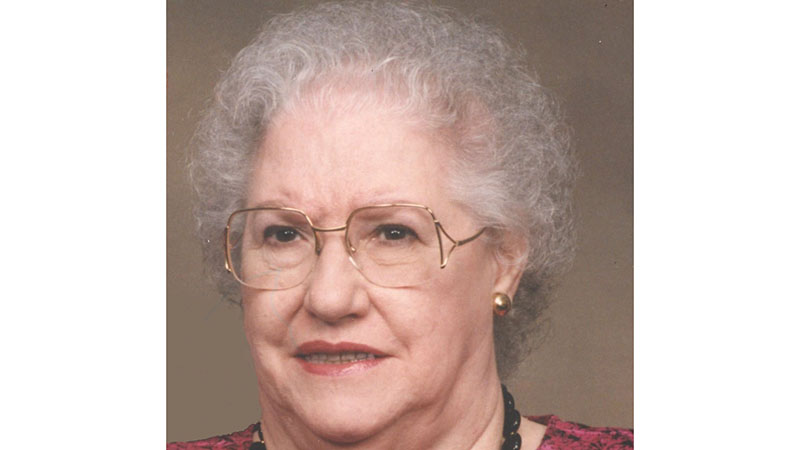 Irleene was a member of one of the families that helped establish Port Arthur in the early 1900’s.

She was a lifelong resident of Port Arthur until moving to Port Neches in 1992.

Then in 2005 she moved to Katy, Texas to be nearer family.

During World War II Irleene’s love of mathematics allowed her to work alongside her father and brothers doing the business accounting for the family business, August Miller & Sons Lawnmower & Bicycle Store.

She played the accordion and volunteered during the War entertaining troops in the USO. On August 1, 1947, she married Forest Mills McElroy.

She was a talented seamstress and also enjoyed gardening and ceramics.

As a child, Irleene was baptized and confirmed as a member of Trinity Lutheran Church of Port Arthur.

She later joined The United Methodist Temple of Port Arthur where she retained her membership until her passing.

A graveside service for the family will be held at 1:00 p.m. on Wednesday, July 14, 2021 at the Greenlawn Memorial Park Cemetery in Groves, Texas.

The family would like to express their thanks to all the staff and nurses at Caydance Assisted Living & Memory Care and the hospice nurses from Accredited Healthcare.

Both provided her love and care especially during the difficult times of the past year.

Condolences may be expressed at www.SchmidtFuneralHome.net.

Those wishing to make donations in her memory can do so to a charity of your choice.