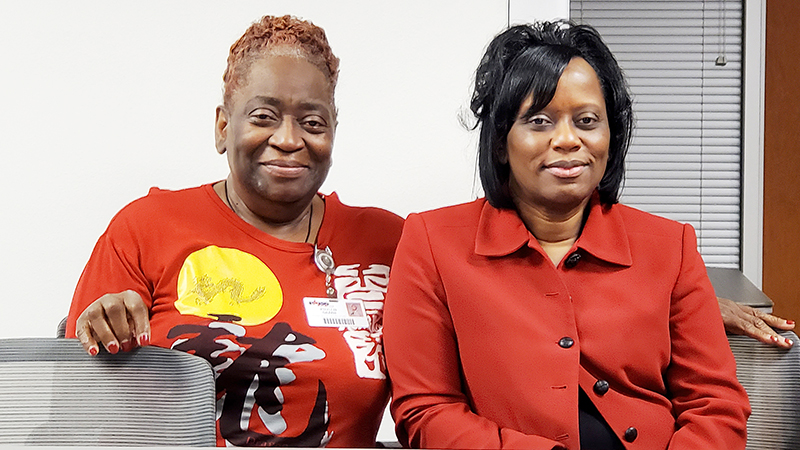 Denise Davis once thought of a career as a doctor until she met an enthusiastic high school teacher in a course on the principals of accounting.

The Port Arthur native was part of the Summit program in the school district when she came to the realization she wanted to do accounting. The rest is history.

“Math was always my favorite subject. I was always best in math,” Davis said. “I took every math class the district offered; you start with algebra then you did geometry — I did calculus, I did trigonometry. I did it all.”

Geans plans to retire within the next six months.

The two women have worked together for a number of years; Geans began with the district in 2007 and she hired Davis in 2010.

So Geans went to the superintendent at the time, Dr. Johnny Brown, and discussed the applicants.

She knew Davis had been working at Lamar State College Port Arthur. While there were several other great applicants, she said, it was Davis she hoped to hire.

She asked Brown to change a title to an accountant position. This came at a time when Davis’ expertise was needed.

“We had auditors here,” Geans said. “At that time we had the IRS audit, there was an audit going on. We had the regular audit and TEA (Texas Education Agency) had just left and we were trying to implement the new system. Denis came in full force, took over and did everything that she needed to do to make the job run smoothly.” 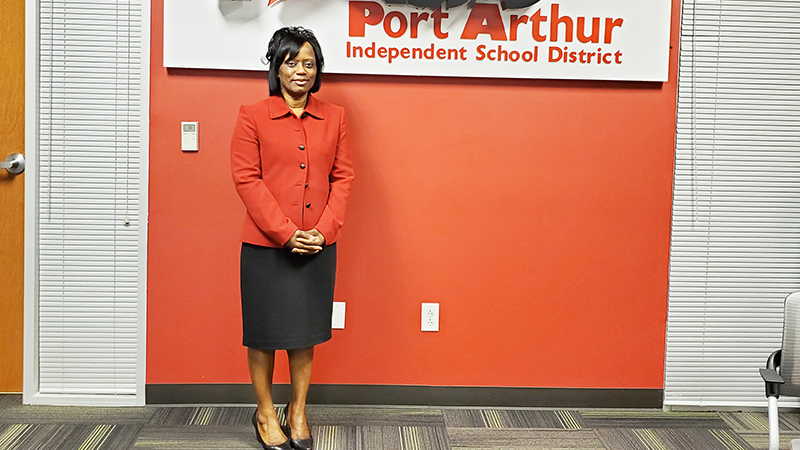 Davis is a product of PAISD, having graduated from Lincoln High School. She went on to earn a bachelor’s degree in accounting from Lamar University and a master’s degree from Texas Women’s University. She also holds an associate degree in computer information systems from LSCPA.

Davis worked for 17 years with Southeast Texas Workforce Board as finance deputy. She spent nine months with LSCPA before moving on to work at PAISD.

The CFO job holds much responsibility, from calculating revenue for the district to overseeing the expenses for the district. Budget season is taking place now and this is when a lot of work is done. There have been many meetings with department directors and principals. Davis didn’t quote any concrete numbers but said the business department expects the general fund budget for the upcoming fiscal year to be similar to what it was last year.

The business office is also responsible for any special revenue such as child nutrition monies, federal grants, bond monies and monies from the Elementary and Secondary School Emergency Relief Fund, or ESSER.

Because of the importance of the job, Geans makes sure training is undertaken.

Geans and Davis have worked on getting their Registered Texas School Business Administrators certification.

“We recognize in order to really survive as a school district you have to understand school district business,” Geans said. “So, in fact my first day with the district I was at a conference learning what I need to learn to be the business manager of this district. All the people who wok around me know how important it is to understand how the operations work and to network with others in the industry.”

Davis, who is shadowing Geans, said she knows she has big shoes to fill.

“Dr. (Mark) Porterie’s plan was to have a transition period to where I would work with her, see what she does, see what’s needed and just learn the process of that position,” Davis said.

But Davis has a head start to this with just more than a decade of work in the business office.

“The district is an awesome place to work,” she said. “I’m so grateful and honored Dr. Porterie has chosen me for this assignment.”