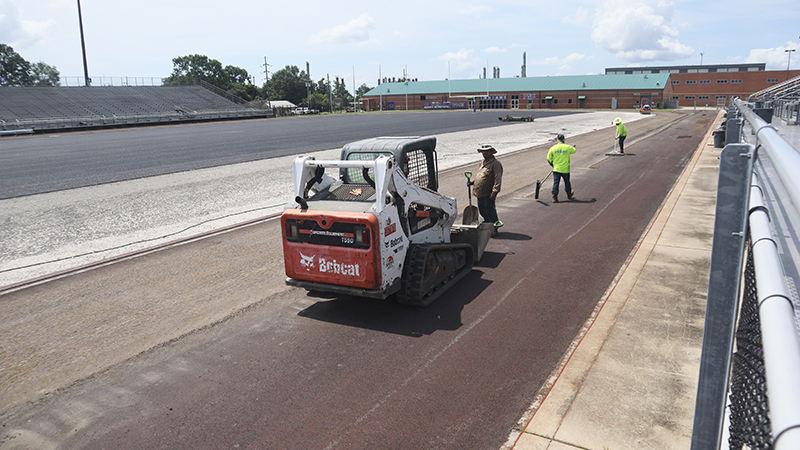 Work continues at the Port Neches-Groves football stadium. Workers were seen putting up new fencing around the facility Friday while another crew swept up the remnants of the old track. 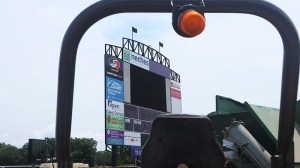 The stadium will get a new jumbotron as part of the several upgrades being made. (Chris Moore/The News)

Workers had laid matting on the field, which will be covered by new turf in the near future. The district will also get an upgraded jumbotron. The work is expected to be completed by the end of the summer. 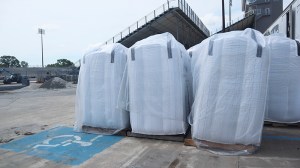 Large bags of pellets sit outside of the stadium. (Chris Moore/The News) 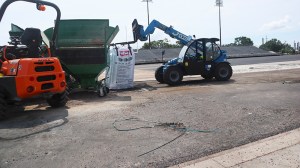 Several tractors are station at the stadium as crews work on the upgrades. (Chris Moore/The News)