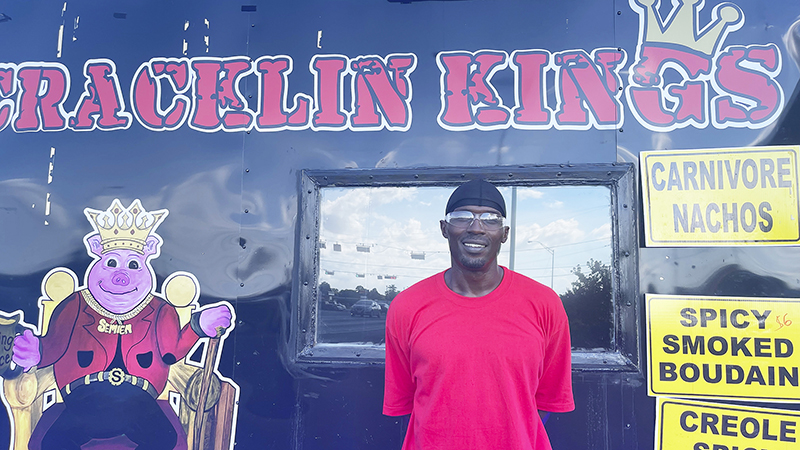 The menu items at Cracklin Kings aren’t just there for nourishment. Each one is a bit of family history, a learning lesson, a mentorship program and an investment into Southeast Texas youth.

Prentiss Semien, a teacher in Beaumont, didn’t intend to start the business, but it started itself among a host of other opportunities.

“He grew up around Opelousas, Louisiana,” said manager and friend Kensley Barrett. “Cracklins were popular in his family. He started on his own, just tinkering with it. Family started wanting some. Friends started wanting some. So the more the demand got, the more we got into taking it seriously and trying to perfect the craft.” 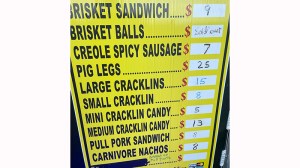 Some of the food offerings at Cracklin Kings. (Monique Batson/The News)

The food truck currently is parked on Memorial Boulevard near the intersection of 25th Street in Port Arthur. It was a temporary venture that completely changed Semien’s view of the community.

“I had planned on coming out there for a couple of days,” he said, “and when I tell you that city really, really embraced me… I love that city, I’m not going to lie.”

“The day before yesterday I was having a rough day,” he recalled Friday. “A former student of mine came by and said, ‘Thank you for keeping me in school. My parents didn’t care if I went to school or not, but you kept me in school. And I’m six hours from graduating from Lamar Port Arthur.’ That just changed my whole day.”

For Semien, the business itself is another tool to educate and engage youth. Students work with the food truck, especially at large events such as the recent South Texas State Fair. They learn how to run a business in the hopes of starting their own.

He has a program called Street Smarts for Life, where he spends six weeks mentoring juveniles who have gotten in trouble with the law and then attends court with them to speak with the judge.

For seven years he’s run a basketball program that has gotten 80 area kids full scholarships in the last four years.

Indictment handed down 6 months after man shot at…