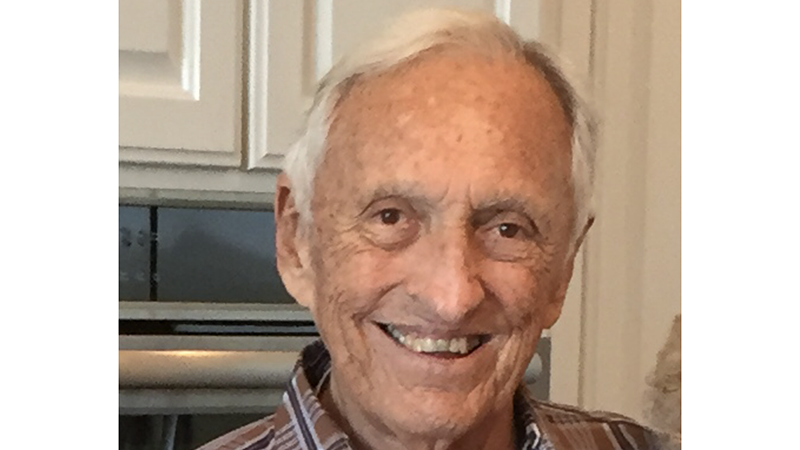 Richard “Dick” Parker, beloved husband, father, Poppy/Grandpa, and friend to all, passed away at the age of 90 in Austin on June 29 from natural causes.

Born in New Jersey, Dick followed his parents to Texas during his junior year of college and never looked back.

He was a member of Sigma Alpha Mu fraternity at the University of Texas and during a late-night study break at The Night Hawk on The Drag, he had a fortuitous run-in with Irene Wyde of Port Arthur.

As they say, the rest is history. After graduating, he remained a lifelong Longhorn.

Dick was devoted to Irene from their first date and they enjoyed 68 wonderful years of marriage.

Serving as a Lieutenant in the Air Force during the Korean Conflict, Dick and Irene lived in Japan for a year before returning to civilian life in Port Arthur.

There they raised three children and he joined Irene’s father, B. Wyde, at Wyde Lumber Company. In time, he purchased the company and began Parker Lumber.

Years later, he elected to join HWI/Do It Best and was appointed to the Board of Directors, where he eventually served as Chairman.

He was highly respected amongst his business associates and loved by his employees.

At the heart of everything Dick did was his family. He was ever-present to his children and Irene in their pursuits.

He instilled a host of values and strengths that have been passed down to them and to his grandchildren.

And, some would say, to anyone who had the luck to meet him. He was the kindest of souls.

Dick is survived by his wife, Irene Parker; his children and their spouses, Scott and Sharon Parker, Bonnie and Mike Martin, and Allison and Jack Schwartz; his brother Kenneth Parker and wife Judy, and his grandchildren, Jeffrey, Parker, Alexandra and her husband Peter, Ty, Sydney, Philip, Julianne, and Grant and great-granddaughter, Sloan.

A family graveside funeral and private memorial service were held in Austin. In lieu of flowers, the family requests that donations be made in Dick’s memory to Temple Beth Shalom of Austin, Hospice Austin, Meals on Wheels, the National Alliance on Mental Illness, or the charity of their choice.