Planning on buying fireworks? Then you’ll want to read this now. 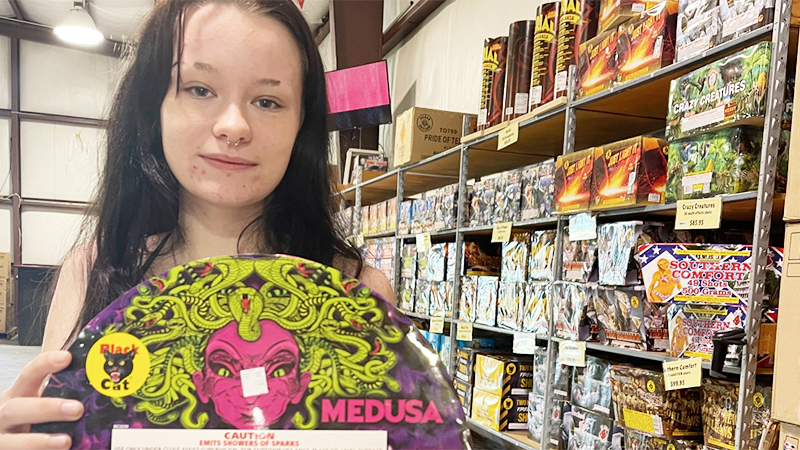 The 16-year-old and a family member collected a decent amount of fireworks to have a bright Fourth of July, which is good, considering there might not be many to pick from come Sunday.

“There is a shortage,” said Shelly Metts, co-owner of the supercenter located on Twin City Highway in Nederland. “They tend to be selling quicker than normal because I think people may have been made aware of the shortage. Right now we’re sitting pretty good.”

But those looking to purchase fireworks shouldn’t procrastinate. 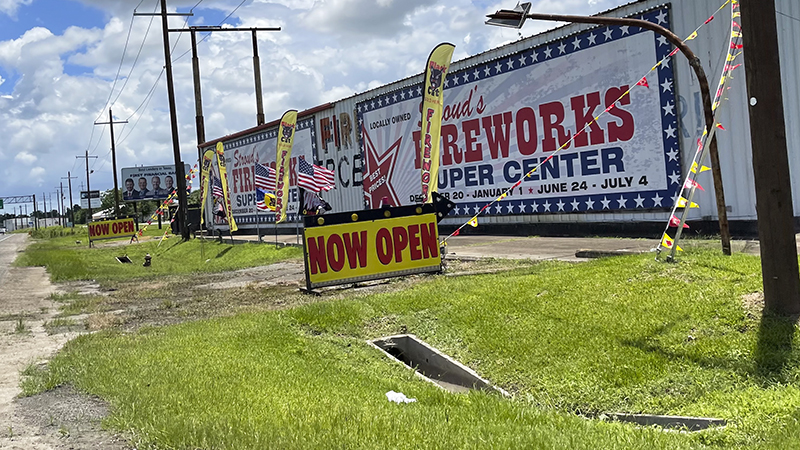 Stroud’s Fireworks Supercenter is located near the intersection of Spurlock Road and Twin City Highway in Nederland. (Monique Batson/The News)

“Ninety percent of our sales happen on July 4th,” she said. “And normally that morning we’re able to get another round of fireworks. That’s not happening this year.”

Last year was a record-breaking one for fireworks sales, according to data from the American Pyrotechnics Association. In 2020, 4.405 million pounds of fireworks were sold compared to 273.0 million the year before.

“It was a busy season under the circumstances,” Metts said, citing the lack of public display shows and the distribution of stimulus checks as a reason people were eager to shop and celebrate.

Metts said the industry here wasn’t as impacted for New Year’s as northern states do not consume as many fireworks due to extreme cold and snow, therefore a strong amount of that supply is available to southern states.

“Fourth of July is a different case because they’re still using them up north,” she said.

Some vendors told store owners as early as February that they would only sell to previous customers.

“Thankfully for us we’ve been an established customer for 10 years,” Metts said.

“She has done a wonderful job in locating fireworks from other sources that other people do not do or do not know how to do,” Ramona Metts said. “She’s located them from many, many sources.”

The store, which opened June 24, has a feature that most customers will find quite useful. The days of looking at a box and wondering what it will do are gone.

Stroud’s now has a Pyro Scan, which is a handheld scanner. Once a customer scans a barcode, a video plays on a large screen that shows a visual demonstration of what the product does. 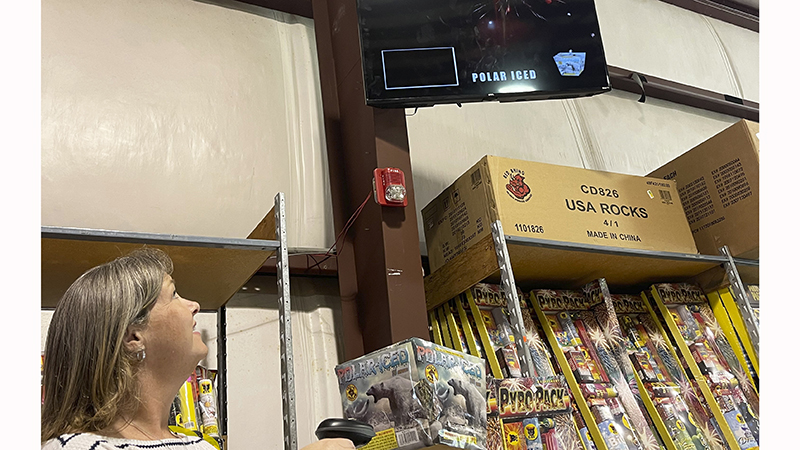 The Pyro Scan allows customers to scan the barcode of a product and view a demonstration of what it does. (Monique Batson/The News)

If you’re too late

Here are a few local places where you can watch fireworks: