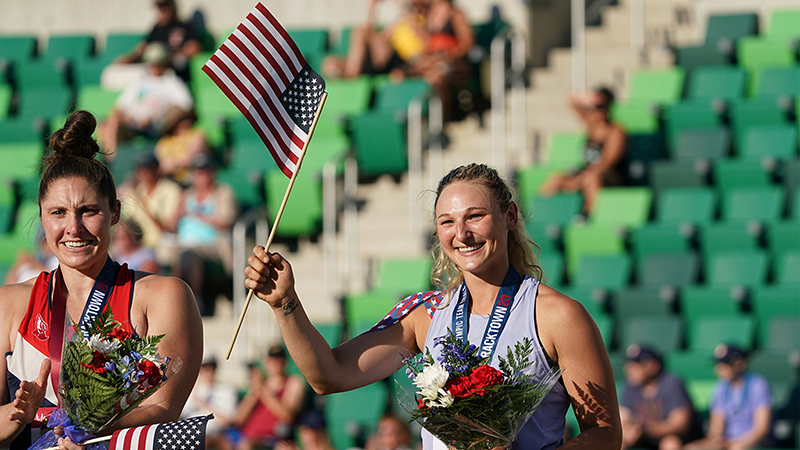 The daughter of a former Port Neches-Groves football coach qualified to compete for Team USA in the Olympics next month.

Danny Malone was the head coach for the Indians from 1989-1990. During that time, he led PNG to a 19-6 record and an appearance in the state quarterfinals. The PNG head coach resigned from the position in January of 1991.

On Saturday, his daughter set a meet record winning the U.S. Olympic Trials women’s javelin with a toss of 208-4 (63.50m), earning her a spot on Team USA to the Tokyo Olympics. Sitting in second place after four rounds, Malone let it fly on her fifth attempt to take the lead by nearly seven feet.

“Well, I was nervous. I’m sure everyone could see that. I couldn’t feel my legs through it, that’s what you saw, the series I did,” Maggie Malone said. “I’m so thankful, because that 63 meters was not me, but it was God. Overall, I’m really thankful I’m going to Tokyo. I got some work to do when I get back to Birmingham. Specifically I’m going to work on my rhythm.

“I made a dumb mistake and backed up my runway too far. I thought I could attack it (Saturday) and ended up reaching out too far in front of me. I’m just going to go back and work on the rhythm and technical things to make the finals and go from there.”

Malone said her experience in the 2016 Rio Olympics will help her in 2021 Tokyo Olympics.