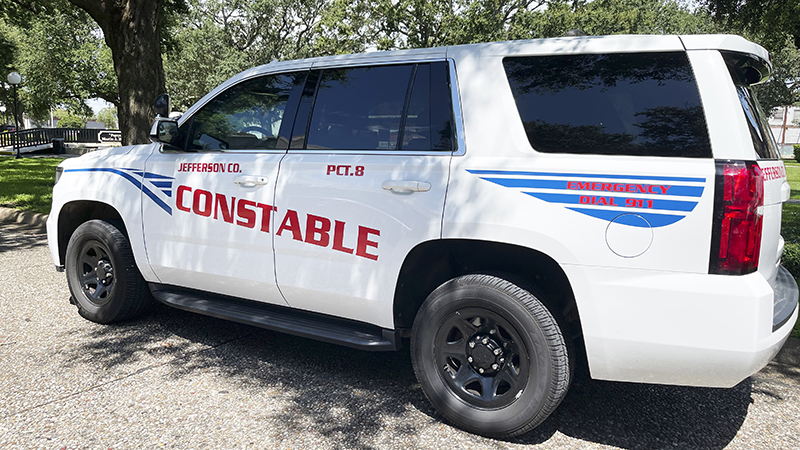 The position left open last month by the retirement of longtime Precinct 8 Constable Eddie Collins was officially filled Tuesday by someone who has spent a career serving the city.

“It was a way to continue to serve the police department since I retired,” Doucet said. “This way I can see the other side — the civil side.”

But he didn’t take much time to rest.

Doucet, who was employed with the Port Arthur Police Department for more than 11 years, just retired last week.

“I love Port Arthur,” he said. “I love the area. And whatever I can do for the citizens and the community, I enjoy doing. And I don’t think there’s another area I’d like to serve.”

Doucet, son of a longtime Port Arthur councilman, graduated in 1987 from Thomas Jefferson High School. Shortly after, he joined the U.S. Navy, where he served for 22 years.

“I wasn’t through serving the community so I picked the police department to continue serving,” he said. “That was a great experience for me.”

Doucet said the unexpired term lasts approximately 18 months, but he has no intentions on pursuing election once it ends.

“Right now I have no interest in running,” he said. “There are a few guys out there that intend to, and I gave my word to take it as an interim.”

“I totally support him,” Sinegal said. “I know he’s qualified. He’s really doing the county a favor, coming in and holding everything steady.”

He was first elected to the position in 1993.

“I’ve known Eddie a long time,” Doucet said. “He’s a great guy to admire and watch work. It was a great learning lesson.”