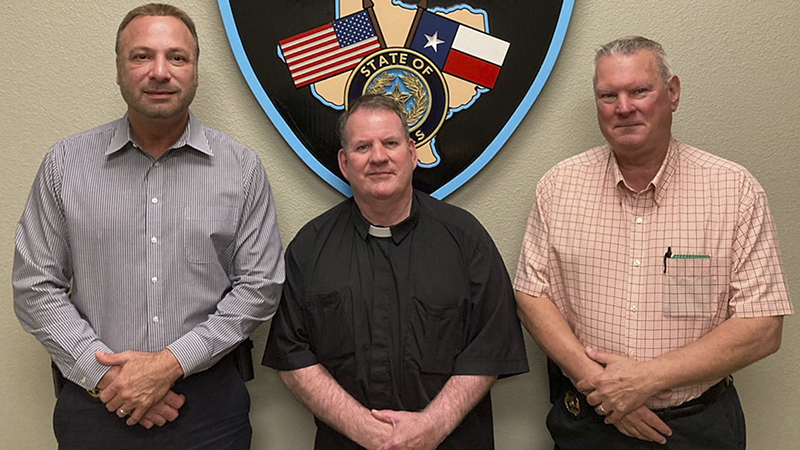 GROVES — It seems only natural that the Rev. John Clancy Coon would fall into the role of police chaplain.

It’s not just that Coon, affectionately known as JC, is a member of the religious community or that he is known as a good listener or that he is a former law enforcement officer.

Maybe it’s a mix of all of the above along with some divine guidance.

Longtime friend and Groves City Marshal Norman Reynolds Jr. said Coon is a comfort in times of need and has a better understanding of what officers experience or will experience.

“He has a way about him,” said Reynolds, who has known Coon for 43 years. “He’s a great listener and is comforting to talk to.”

“I’ve known J.C. for almost 40 years. Prior to becoming a police officer, I rode with him when he worked for the Jefferson County Sheriff’s Department and Groves PD,” Rice said. “He was a great police officer who was always very caring. I remember being so impressed by the way he treated the people he arrested with dignity and respect.”

Rice said all of the officers enjoyed working with Coon, who was a person you could rely on when a situation deteriorated.

“He never allowed the stress of the job to affect his attitude with the public,” Rice said. “He was a good officer and loved doing the job and it showed. J.C. is a man of selfless dedication who lives his life with integrity.”

Coon’s story almost seems like a novel or Hollywood movie.

He was born in 1953 in Ireland and was adopted at the age of 3 by a couple in Port Arthur. His career in law enforcement includes stints at the Jefferson County Sheriff’s Office, Griffing Park Police Department and Groves Police Department. 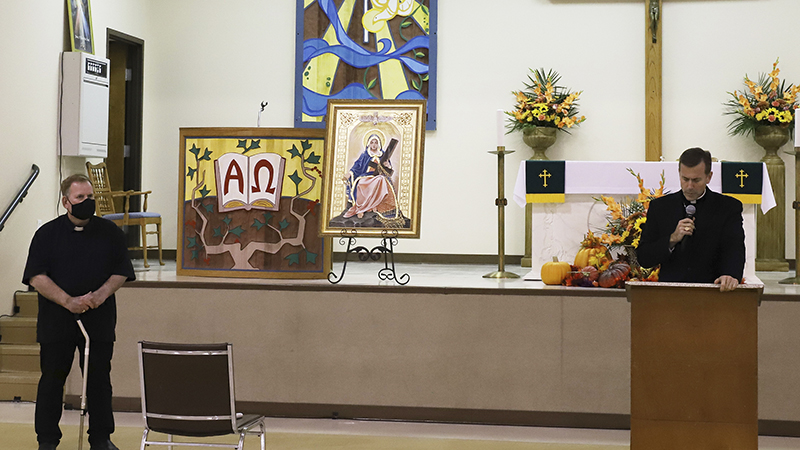 “I’ve had a remarkable life,” the 67-year-old said. “From being an orphan to a family adopting me and loving me to finding out later, when I took my vocational call, discovered I had siblings: Two sisters and two brothers. The two sisters are in nursing and live in Houston and two brothers are in Ireland.”

Reynolds was 17 and working after school at the Nautilus Gym for men when he met Coon who, at that time was with the Sheriff’s Office.

Years later, Reynolds’ first radio transmission as a police officer was from Coon, who wanted to meet for a cup of coffee.
Coon mentored others though the years and was always well-liked in the law enforcement community.

“It was only natural when I became the city marshal to extend an invitation to become our chaplain,” Reynolds said. “He is a comfort in times of need and he has a better understanding in what officers experience or will experience. He has a way about him. He’s a great listener and he’s just comforting to talk to.”

Coon didn’t receive the calling to priesthood until later in life. He then went through schooling and training to become a priest, including earning a college and master’s degree.

He said you get an idea when you go to church of what a priest does but there’s more to it than saying Mass. It’s interacting with people through faith.

As chaplain he has been called on by the GPD and Texas Department of Public Safety. It could be a person hit by an 18-wheeler or someone who lost control of their vehicle and hit a tree, he said.

In these instances the family is torn up and not prepared. Some need a person to talk to or listen. And taking the time to be there for the person in need helps empower that person to move forward.

“It’s like counseling and we don’t charge,” he said. “It’s good because people need to hear they will be OK and that you genuinely care and take time to be with them, pray with them and are inspired by faith.”

Being the listener also helps when dealing with young people, he said. They struggle with identity, some are in bad situations or broken homes. But if they have someone who supports them and guides them it will help them choose the right path.

Coon’s ability to put a person at ease and comfort in times of need are assets he draws on as a priest. Law enforcement taught him how to work with people. He said it’s not all about arresting people and writing tickets.

“It’s good to be supportive in the capacity that I’m in,” he said. “It’s all about the gift from God to do that.”