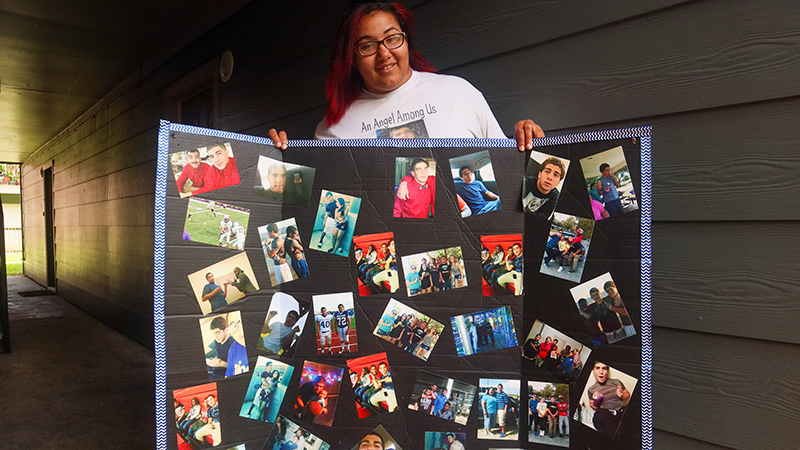 As floodwaters inundated Southeast Texas in the largest rain event in the country’s history, Jimail Caddy decided he wanted to help those in need.

Caddy and a friend went out in an attempt to help those still trapped in their homes but never returned to his own. Caddy was one of several victims of Hurricane Harvey, which dropped as much as 60 inches of rain in some parts of Southeast Texas.

His sister, Megan Sterling, said she still remembers the last call she received from her brother.

“Somewhere around midnight, he had called me,” she said. “He told me that he was going to go help with rescues. I didn’t hear from him after that. I woke up the next morning and I got a call around 10’oclock in the morning from his ex-girlfriend saying that he died.”

Caddy was electrocuted, but details around his death remain sparse, Sterling said.

“We don’t know exactly how it happened,” she said. “We were given multiple stories. To this day, even I am not sure exactly how it happened. Whenever we were doing the cremation and working with the funeral home, they wouldn’t let us see his body because, not only was his body so waterlogged, but it was badly burned. We never really got to tell him goodbye.”

“We called him ‘J,’” Sterling said. “He was an all-around fun person to be with. If you needed him, he as there. He cared so deeply for his son and his niece and nephew. He was just positive. If you were ever down, he could put you in a good mood. He lit up the room. That is just who he was.”

Sterling was adopted when she was 7 years old. The closed adoption made it difficult for her to even meet Caddy until she was 18. Small reminders of him now comfort her.

“I didn’t get to have that brother-sister relationship with him growing up,” she said. “Like every brother and sister, we had our ups and downs. Before he passed away, he gave my friend a bottle of his cologne. She still has it. The other day, she actually pulled it out and sprayed it and I asked what it was and she said it was his cologne. I instantly broke down. My daughter actually has one of his PNG football shirts. I still have a picture board of him that shows him smiling and having fun and just being J.”