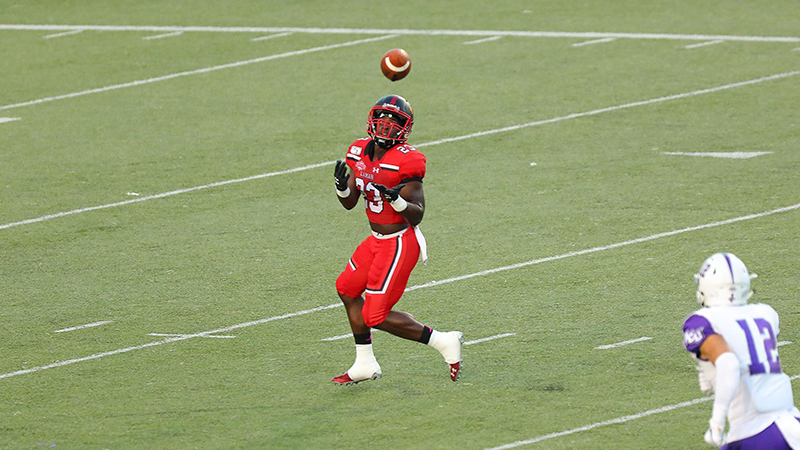 Lamar University has signed a contract to host Prairie View A&M in the 2022 season announced LU Director of Athletics Marco Born Wednesday morning.
“We’re very excited to be announcing a game against Prairie View A&M for the 2022 campaign,” said Born. “Prairie View has a strong tradition and has been very competitive at the FCS level for years. In addition to being a highly competitive program, PVAMU is an in-state rival, which always generates excitement for our alumni and fan base. It will also be a relatively short road trip for the Panthers’ fans to attend the game.”
The game, which is slated to be played on Saturday, Oct. 22, will serve as the Cards’ fourth non-conference contest in 2022, and the team’s fifth game (SMU, Northern Colorado, Tarleton State and New Mexico State) overall.
An integral part of the game day atmosphere consists of the marching bands. In addition to the LU Marching Band’s game day performances, the PVAMU Marching Band will also be traveling to Beaumont to perform at halftime.
Despite being separated by only 130 miles, the two programs have met on the gridiron only twice in series history. The Cardinals have won the two previous meetings by a combined 61-7 score. The first meeting came in 1985, which LU won by a score of 30-7. The only other meeting came in 2012, which saw LU record a 31-0 decision. Both of the two previous meetings were played in the Golden Triangle.
The Cardinals will kick off their first season in the WAC in 2021 competing in the ASUN-WAC Challenge – a partnership between the WAC and Atlantic Sun conferences – which will allow the seven schools to be eligible for an automatic qualification into the 2021 NCAA FCS Playoffs.
The ASUN-WAC alliance will consist of LU, Abilene Christian, Sam Houston and Stephen F. Austin from the WAC, and Central Arkansas, Eastern Kentucky and Jacksonville State from the ASUN. WAC members Dixie State and Tarleton State will also participate in the joint schedule but are not eligible for the group’s automatic qualifier due to their transition to NCAA Division I status.