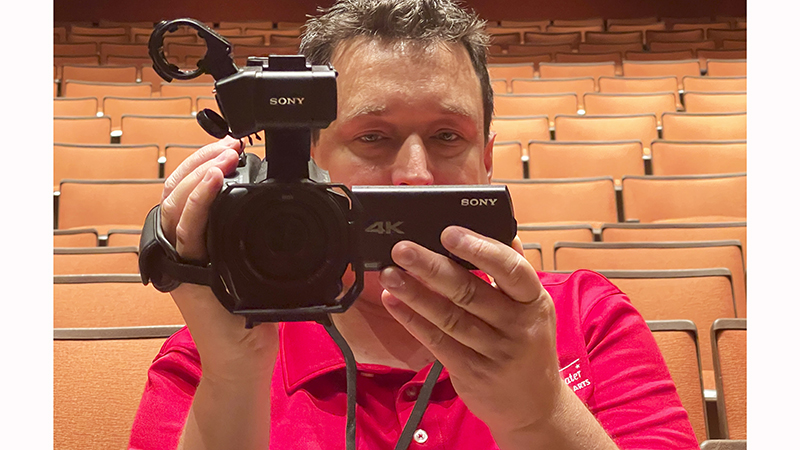 Andy McCall, a longtime member of community theater, is the video & web coordinator and marketing rep for the Lutcher Theatre in Orange. (Monique Batson/The News)

Andy McCall was born for theater.

He just didn’t know it.

But following two disappointing situations and a quick prayer, the aspiring sports anchor was hit with divine intervention.

McCall, a cast member in Port Arthur Little Theatre’s upcoming production of Grease,” moved from Augusta, Georgia, to Irving as a child. His father was a music minister, so he found familiarity singing in the church choir.

In fact, he calls a fourth grade play about a group of sheep in which one gets lost his first “major” show.

“I was the bad sheep,” he joked. “I’ve always enjoyed being on stage. I come from a musical family.” 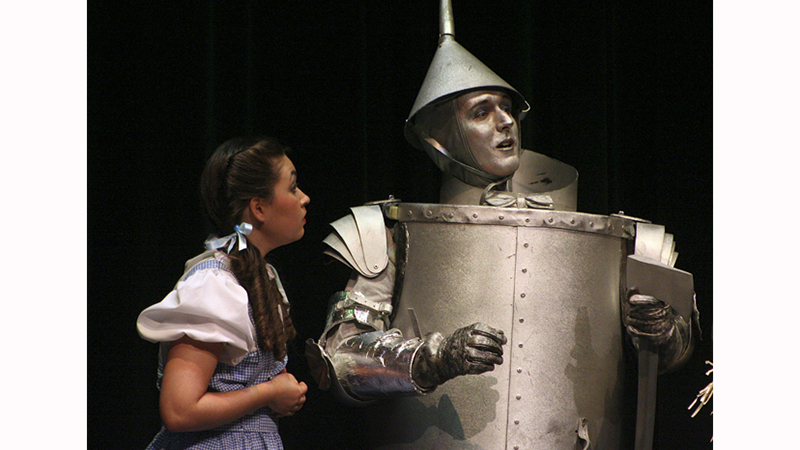 But the now-Port Arthur resident enrolled in the University of North Texas for a degree in radio, TV and film.

“What I went to college to do was TV sports,” he said.

Not long after, he landed a radio sports reporter’s job in San Antonio.

“I absolutely loved that gig. San Antonio is such a fun city, and I loved working there and living there,” he recalled. “I got to interview and meet celebrities, famous people. It was such a fun gig.”

But two years later the station was purchased by another company. First came budget cuts, then came layoffs.

“Eventually it was my turn,” he said. “That broke my heart.”

So after sending resumes and tapes all over the state, the man raised in faith did the one thing he knew to do.

“I was to the point where I was like, ‘OK, God, show me where You want me to be,’” he said. “’Just show me where you want me to go — whether it’s here in San Antonio, Austin, back in Dallas, Houston, or wherever.’ Of course I was naming places I wanted to go. But because he works in mysterious ways and has a sense of humor, the next morning I woke up to messages and emails from (former co-workers) saying, ‘Hey, I heard Channel 12 is hiring a morning producer.’”

His last memories of Beaumont — particularly 20 hours of evacuating — weren’t the best.

“And then I realized I did say, ‘or wherever’ in my prayer,” McCall said.

Over the course of the next nine years at the television station, he met Lynae Sanford, managing director for the Lutcher Theater in Orange.

“Lynae would come on to promote seasons and shows,” he said. “We developed a friendship. I didn’t know then but that was laying the groundwork for me having this job.”

He is now the video & web coordinator and marketing rep for the Lutcher.

The lost sheep eventually found his way back to the stage. In 2007, while working in San Antonio, he was cast in “Into the Woods.” Two years later, he was in “The Scarlet Pimpernel” with Beaumont Community Players. And now he’s rehearsing for his 26th show. 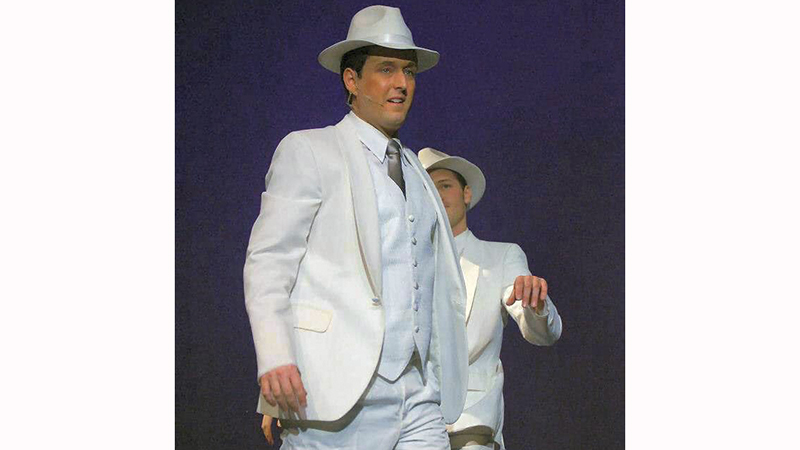 “Andy came in by the side door and wasn’t even sure he wanted to do the show,” recalled Paula Bothe, who has directed McCall in four shows, including the aforementioned “Camelot.”

“He was one of the knights, and we had a lot of fun. He’s just an outstanding young man — always on time, always ready to work. He’s tons of fun and really serious about getting the job done.”

But even through his determination, McCall is always one to entertain the cast.

“He’s a very humor-driven person,” Bothe said. “He was always a go-to guy and someone I could count on.”

So it was no surprise to her when he found his career next to a stage.

“That was serendipity,” she said.