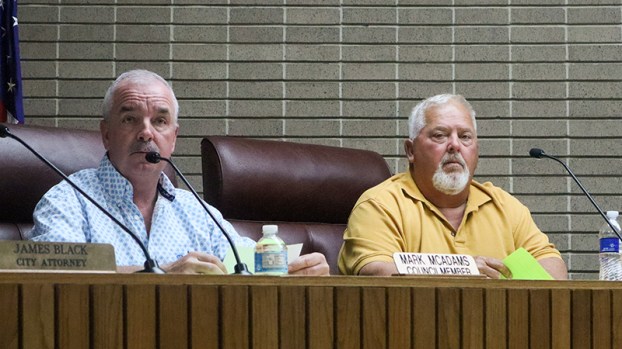 On Monday night, the city council approved an order calling for the election for seats representing Wards 1 and 3.

McAdams was appointed to the seat in January after Chris Borne stepped down to run for mayor.

“I have learned a lot about this position in the months that I have had it,” McAdams said. “I want to continue to expand my knowledge, as well as help the citizens of Groves.”

McAdams was one of four applicants for the seat in November 2020. George Geisel, Chad Gary and Suzanne Williamson also applied for the position.

Badon, a longtime member of the council, won his last re-election bid in 2019 with 52.9 percent of the vote against Barbara Edington.

“I have been working for several years with the street program,” he said. “We have finally gotten to where we have the money to do it and I would like to have, at least, two more years to make sure everything gets headed in the right direction.”

The city also approved a contract with the county’s election services, which is standard practice.

Sosa said Monroe is the base for what will be 2 inches of asphalt.

“That was never going to be the finish for Monroe,” Sosa said. “All of those washerboard things will be eliminated. They will do the same thing with 25th Street. I am meeting with the contractor and we are going to see if he likes the base. If he doesn’t, we are going to find out why and look into that.”

NEDERLAND — Sara Hardy likes to joke about playing with her Barbie dolls as a child and taking the imagination... read more