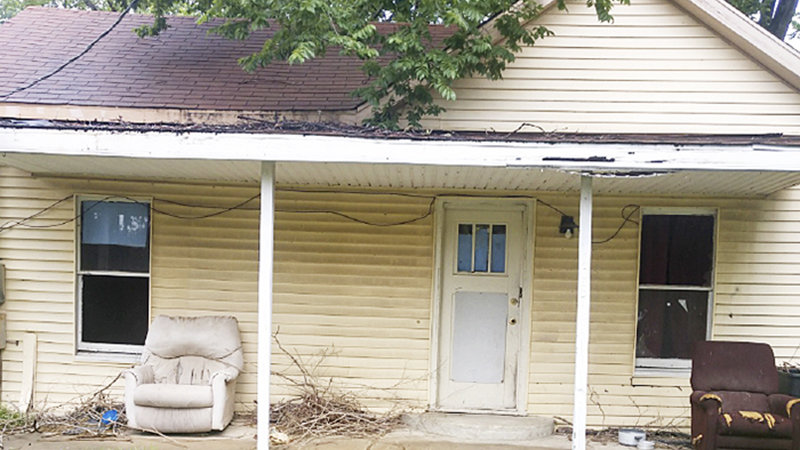 A residence at 103 East Cypress Street has been set for demolition in 90 days. (Courtesy photo)

Plans to vote on the demolition of six Port Neches properties came to a surprise ending this week as a developer in the audience offered to buy each one.

Repair letters were mailed Nov. 6, 2019, to the owners George and Anna Meza. At that time, the couple contacted realtor Leslie Symmonds with Ace Real Estate.

Symmonds accompanied Anna Meza to speak during a public hearing Thursday regarding the properties.

“Today we’re at a demolition hearing and my request for the Mezas is at least a 90-day extension on the demolition,” Symmonds said. “Our plan is to sell the properties and I’m confident I can get these properties sold within that time.”

“I don’t feel like any of these properties but one are worth rehabbing, to be quite honest with you,” he said, naming the residence at 149 East Cypress Street.

Meza also spoke to council, explaining she first asked for an extension as the TPC Group explosion damaged the residences and they were still waiting for a settlement that, as of Thursday, had still not arrived.

“When you condemned our houses, we lost our income,” she said. “We lost our renters, and then we couldn’t rent the houses. My husband broke his rib, he lost his eyesight, he got sick, I got sick, and I just forgot — I wasn’t thinking — to stay in touch with the city. So that is why we’re in the shape we are now. I just wanted y’all to know that this was not done intentionally.”

City Manager Andre Wimer advised council on their options towards the six properties, which have a combined estimated value of $294,778.

The latter, he explained, could be done up to six months. But in the event the work is not done in the set timeframe, city staff would have to restart the process towards demolition.

Jewel Cole, who owns CFSL Enterprises with her husband Cory, was present for a replat request, as they have intentions on rehabbing property on Bowlin Avenue.

The company has purchased and “flipped” multiple homes within the city.

As council members and city staff discussed options, Cole subtly raised her hand several times. Once recognized, she stood and spoke to Symmonds and Meza.

Council voted to set demolition for 90 days instead of 30 days to allow Symmonds and Cole the necessary time to make any arrangements.