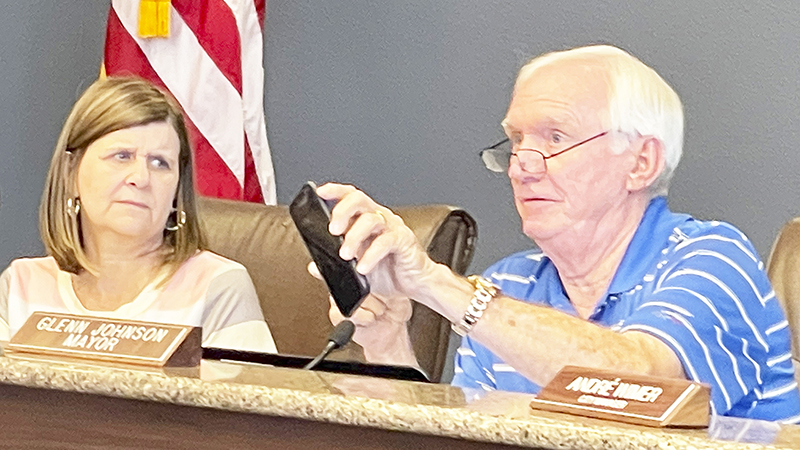 When it came to discussing refinery noise, Port Neches Mayor Glenn Johnson was polite — but he was also prepared.

At this week’s city council meeting, representatives of Air Liquide were in attendance to present the findings of a five-week sound study following a multitude of noise complaints by residents.

Senior Director of Health, Safety, Environmental and Quality Doug Meyer explained to council the results of the study, which was done using five monitors — four at the Air Liquide site next to TPC Group, and one at the city equipment yard near a residential area.

A graph presented to the city showed noise levels fluctuating between 45 and 80 decibels, with a majority occurring around the 55-60 range.

Johnson and other council members listened quietly to the presentation Thursday before the mayor picked up his cell phone and began to speak.

“So I go over to the girls’ softball fields, which is right by the Little League field,” he said of the area behind the Hebert Public Library.

Before starting the next sentence, he hit play on an audio recording and placed it into the microphone. A roaring sound played through the speakers across the room.

“I’m standing outside my car,” he said while continuing to play the recording. “We had visitors in — two different teams from two different cities — and it was unbearable.”

Johnson said he’s received calls from residents on Nall Street and Earl Street that are complaining about the sound.

“I appreciate your monitors,” he said to Meyer. “But you need to come stand in my backyard. So my question is, do you have a shift supervisor…or somebody I can call at 5:20 in the morning when it wakes me up because it’s so loud, and get them to come to my house and listen or meet me at the Little League park?”

Johnson told facility representatives they are appreciated by the city and its residents, and that he was grateful for the sound study.