Bulldog Stadium upgrades enter Phase 2; see the plan for this summer & beyond 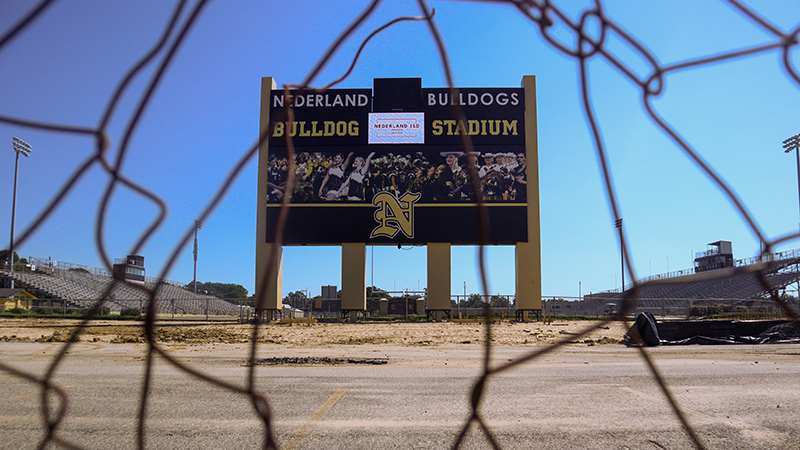 Upgrades to the Bulldog Stadium entrance are expected to be complete by football season. Chris Moore/The News

NEDERLAND — Nederland’s Bulldog Stadium is undergoing upgrades to the facility this summer in preparation for the fall football season.

This summer marks Phase 2 for the upgrades, which switched over to turf last year from the previous grass field.

The project is one of several upgrades Nederland residents voted for as part of the 2019 bond election worth $155.6 million. 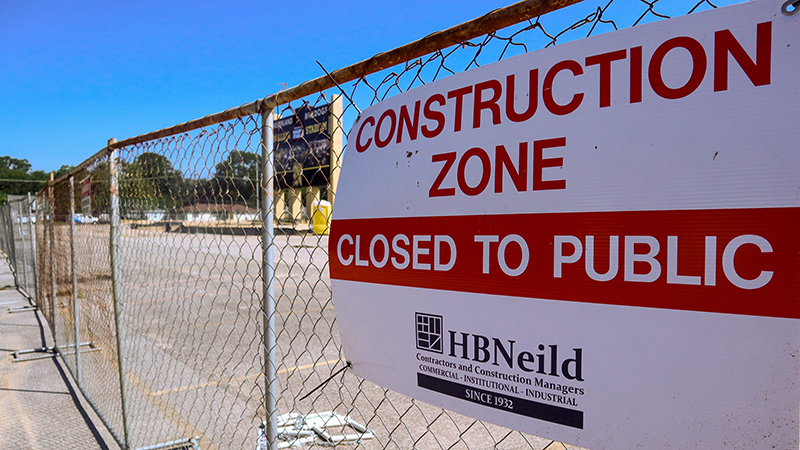 The Bulldog Stadium track is still open to the public despite ongoing construction. Chris Moore/The News

“Our community stepped up a couple of years ago and decided that they were going to do that by building new schools, improving ones that needed to be improved and improving the athletic facilities,” Nederland Athletic Director Monte Barrow said.

“We were excited our community supported us in that. It is great to see the things happening at the stadium. We see the new high school getting built and other construction on other campuses. It is something to look forward to in the future and it is exciting.”

Construction crews have the parking lot in front of the stadium fenced off.

Barrow said the ticket booth and entry to the stadium would be redone.

“They have taken out everything from under the stands in the bathrooms,” he said. “The new bathrooms will be built near the entry instead of underneath the stands.”

Superintendent Stuart Kieschnick said Phase 2 should be complete by the end of the summer.

“They have removed all of the existing structures and concrete work that was there,” he said. “They are bringing the dirt work up to grade. Next, the plumbers, electricians and storm-water contractors will put their underground utilities in. After that, they will pour the concrete and start with the construction of the actual buildings.”

“Costs are still high, but we are still doing our best to bring it in under budget,” he said.

The allotted bond amount for the stadium is $4.5 million.

The superintendent said the track remains open to the public from 6-8 a.m. and 6-8 p.m. Monday through Friday.

Upgrades to the Bulldog Stadium entrance are expected to be complete by football season.