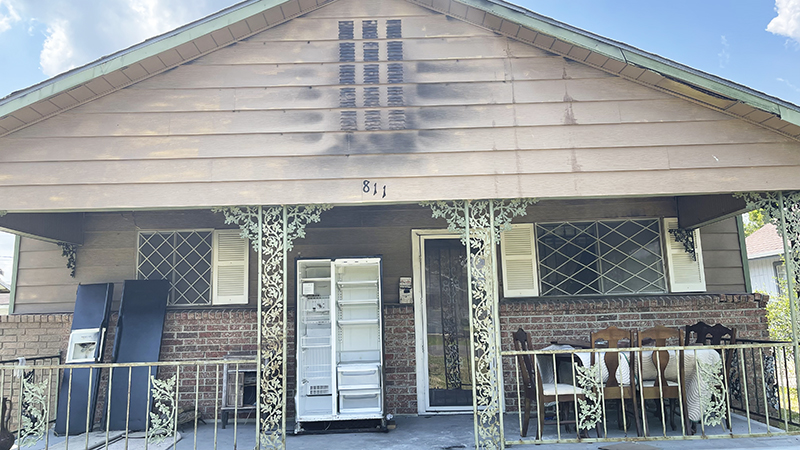 A local man suffered serious burns on his torso during an accidental house fire this week in Port Arthur.

A neighbor who asked not to be named was on his porch when he saw smoke. He initially didn’t realize the fire was close, at least until he stood up and saw the smoke coming from the house in the 800 block of 12th Street.

Then he heard the screams as another man was walking down the street that called 911.

The neighbor grabbed his water hose but it was too late to make a difference.

The victim was able to crawl out of a hole and escape the blaze.

Firefighters responded to the call at 6:38 p.m. Monday and were on scene for about three hours.

The victim was taken to The Medical Center of Southeast Texas with severe burns to his upper torso.

His condition as of Tuesday afternoon was not known, authorities said.