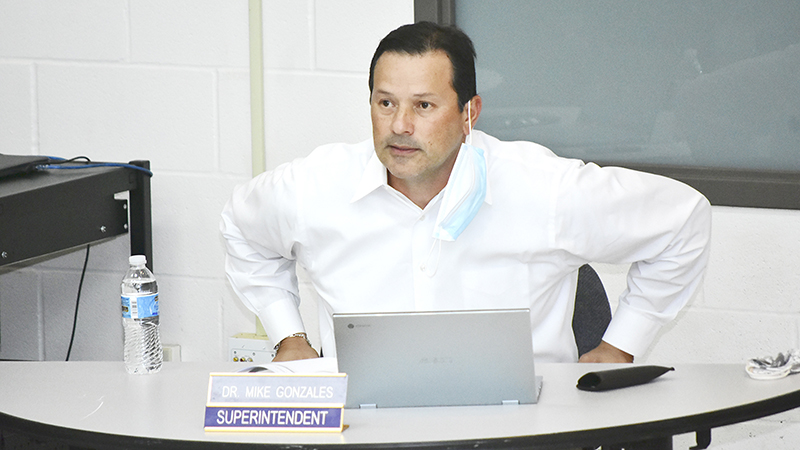 PORT NECHES — Dr. Mike Gonzales has been named the 2021 Region 5 Superintendent of the Year.

The Port Neches-Groves Independent School District administrator has served as superintendent for four years, with a total of 24 years in public education.

Gonzales has exhibited exemplary and visionary leadership toward improving student performance, which is the mission of the award, according to a release from the Region 5 Education Service Center.

“He was chosen for his strong leadership skills, dedication to improving the quality of education in Port Neches-Groves ISD, and his commitment to public support and involvement in education,” the release said.

Gonzales began his career in public education in Beaumont ISD, where he served as a classroom teacher, followed by a brief stint at Port Arthur ISD as assistant principal.

He returned to Beaumont ISD as assistant principal and later principal, before moving to Port Neches-Groves ISD.

Some of Gonzales’s previous awards include Blue Ribbon School Award, LULAC for outstanding work in the community, NAACP recognition for outstanding performance, and Teacher of the Year.

Gonzales was nominated for the position by the local school board, and a non-biased selection team of school board members from various districts made the final selection.

He will be interviewed as a regional winner in late summer by the TASB State Selection Committee, at which time five finalists will be chosen to proceed in the process for the State Superintendent of the Year award.

His letter of nomination applauds Gonzales for the district’s successes under his leadership, including the passing of a Tax Ratification Election that negated a $4 million budget deficit. Also under his leadership, the district passed a $130 million bond election for replacing six elementary campuses with four new state of the art elementary schools.

One noteworthy decision made by Gonzales that his board is pleased to commend him for was his decision to keep learning face-to-face during the 2020-21 school year in spite of opposition.

With the unanimous support of the board, Gonzales and his team remained steady in their decision “because they knew the best opportunity for each student in the district was to have face-to-face instruction in the classroom.” Although “there was a homebound option made available for any student with a medical predisposition making them or a family member susceptible to COVID 19,” all campuses remained open.

There were no significant interruptions to learning throughout the entire school year.