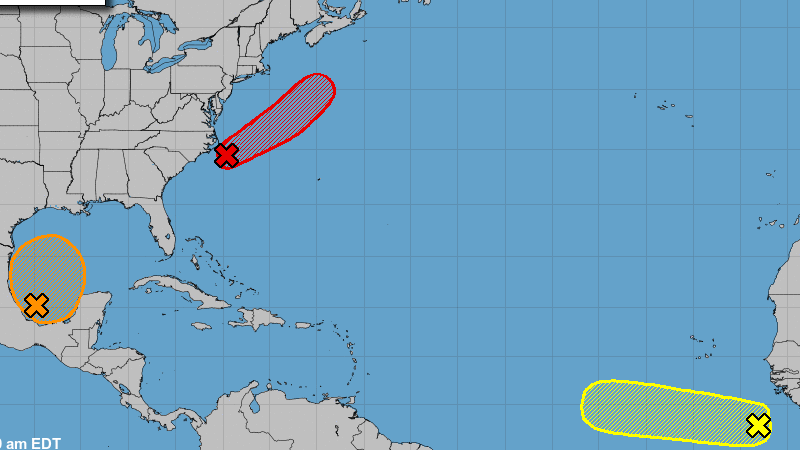 The National Hurricane Center has increased the chance for tropical development in the Gulf of Mexico to a medium 60 percent.

A broad low pressure system in the Bay of Campeche will slowly drift north this week.

By the end of the week it could be a tropical depression in the central Gulf.

Because of its close proximity to our region by next weekend, rain chances will be going up.

In addition, tides will run above normal.

The National Weather Service said more specific details will come into focus as we head through this week.

There is a low-pressure system has a high 70 percent chance for development off the coast of North Carolina. That system will not be a threat to Southeast Texas.

A tropical wave coming off the coast of Africa has a low 20 percent chance for development, but it will run into an unfavorable environment later this week.

Oil prices reach per barrel highest since 2018. What…