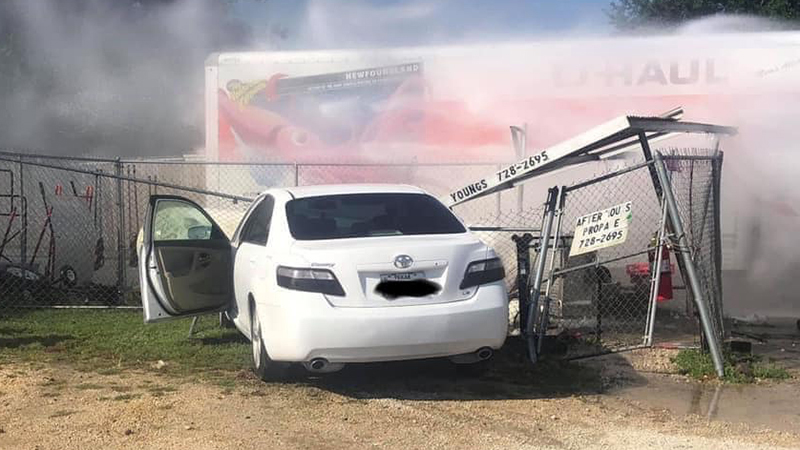 Firefighters learned from the propane company that the propane cylinder damaged during the vehicle collision was filled in the last couple days.

“With this knowledge, the crews attempted to shut of valves and plug damaged sections without success,” a fire department statement read. “Firefighters will continue to suppress the vapors using hose lines until the tank has been fully emptied of its contents.” 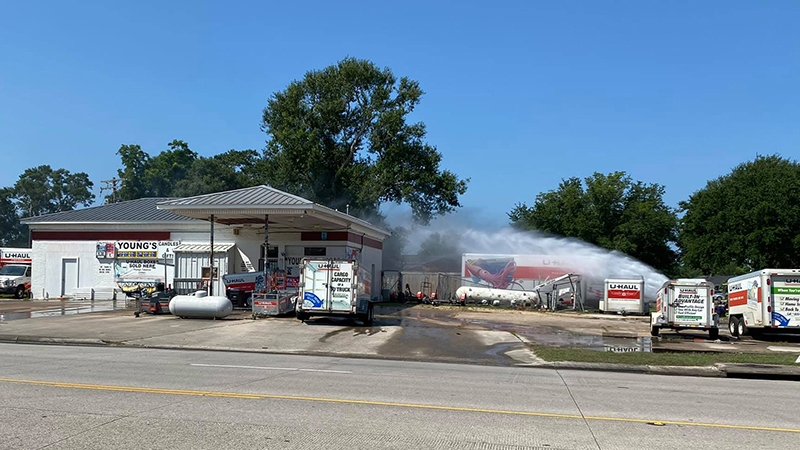 On Sunday evening, firefighters were rotating shifts to continue operations and give relief rehabilitation to onsite crew.

The water suppression will continue to suppress any flammable vapors to keep from igniting.

Crews will continue to have a water supply line coming from the corner of 13th Street and Magnolia Avenue in the 2200 block, going across 13th street and the businesses.

These streets and entrances have been blocked off by barricades.

If a hose line becomes damaged while operations are ongoing, it could interfere with the operation, as well as, the safety of the firefighters. 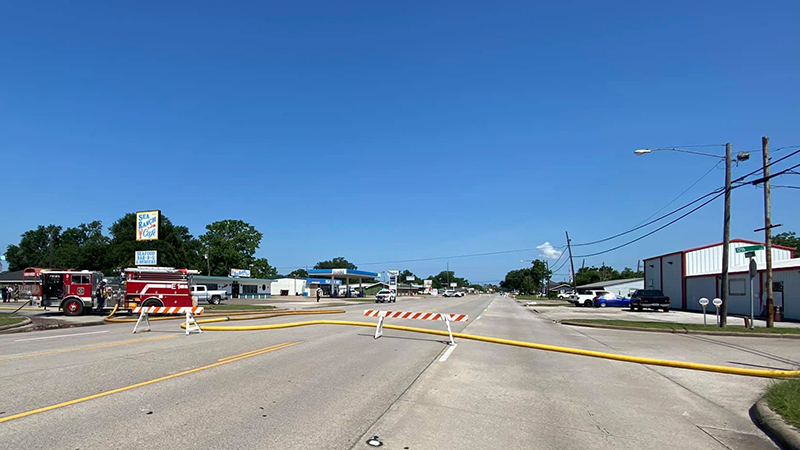 Crews put hose lines on the ground across Magnolia Avenue.

The fire department first responded to a crash at Young’s Tobacco at approximately 9 a.m. Sunday involving a vehicle striking a propane tank.

No injuries were reported from the driver of the vehicle.

Firefighters worked to suppress the flammable vapors being released to control any fire hazards.