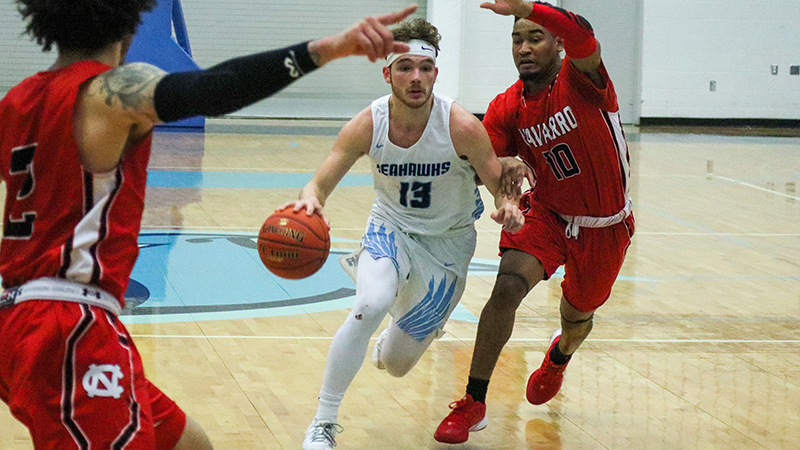 Archibald said the Muleriders were one of three teams that offered him a scholarship, but added that Southern Arkansas’ success last season put the school over the top.

“I liked all three schools,” he said. “It really came down to style of play and the program. It was hard to say because of COVID. It has been a mess for everyone.”

He believes he can make an immediate impact for Southern Arkansas.

“They need a guy like me on their team,” Archibald said. “I watched some film on them and it was like Cinderella with the missing slipper. The shoe just fit. They need an elite perimeter scorer. They have players that can hit shots from the outside, but no one that is really a threat on a consistent basis. Coach was talking to me and said he expects me to hit five threes a game, which is a lot.”

The Muleriders return two all-conference big men for the 2021-22 season.

During his time at LSCPA, Archibald learned the value of how much hard work can pay off.

“I have always been a guy who puts in a lot of effort and a guy that puts in a lot of work,” he said. “Having a good relationship with coaches and teammates is really important to be successful.”

The guard said his favorite game came this year when the Seahawks upset Blinn Junior College.

“I played well,” he said. “The crowd was really showing some hate towards us. My teammate and I knew a bunch of people that go to Blinn. The coaches recruited us at one point. We actually thought about going there. It was fun to stick it to the coach and beat them by 30 when they were nationally ranked.”

Archibald finished the game with 25 points, 12 rebounds and eight steals.

Last season, the Seahawks finished 8-15, but made a late push to make it to the regional quarterfinals.

The Muleriders finished last season 15-6. The team’s incoming two guard said he hopes he can put them in contention for an NCAA championship.

While LSCPA is losing some scoring and experience with Archibald, the Seahawks signed 2019 Silsbee graduate Devon McCain.

The guard committed to Austin Peay State University after graduating and was on the roster for a little over one season before announcing his intention to transfer.