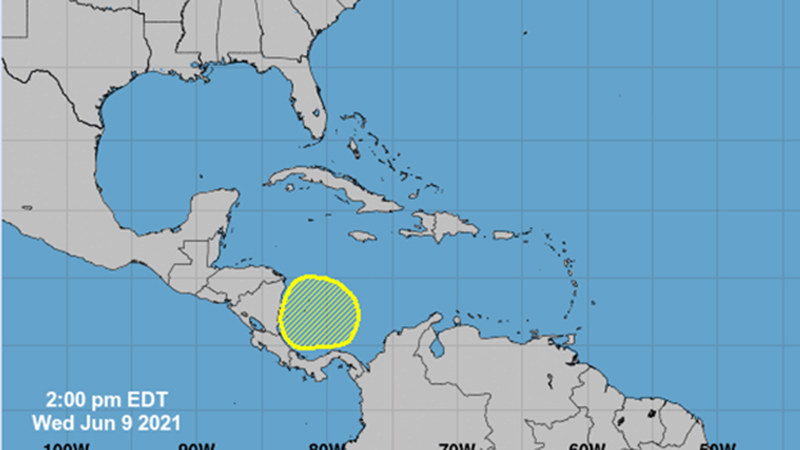 The National Hurricane Center has highlighted a broad trough of low pressure in the Atlantic Tropical Weather Outlook that has a low chance of tropical cyclone development over the southwestern Caribbean Sea during the next several days.

There is also a medium chance of tropical cyclone development from a broad area of low pressure over the eastern North Pacific south of southern Mexico and Central America.

While neither of these areas pose any immediate concern to areas in the Gulf of Mexico, there is some longer range (beyond seven days) possibility of tropical cyclone development in the western Caribbean Sea, southern Gulf of Mexico or adjacent areas of the eastern Pacific.

The Climate Prediction Center has highlighted an area in the western Gulf of Mexico for elevated chances of tropical formation during the week-2 period (June 16 and beyond).

This outlook only highlights potential areas for development. It does not give any information regarding potential tracks, intensities or hazards.

Therefore it is primarily useful as a situational awareness tool rather than a planning tool.

With the current state of the science, it is impossible to reliably nail down any specific hazards, impacts or threat areas beyond what is currently provided by the official five-day forecasts from NHC once a tropical cyclone forms.

“We will continue to keep you updated in our daily emails regarding this situation,” said Roger Erickson, meteorologist with the National Weather Service. 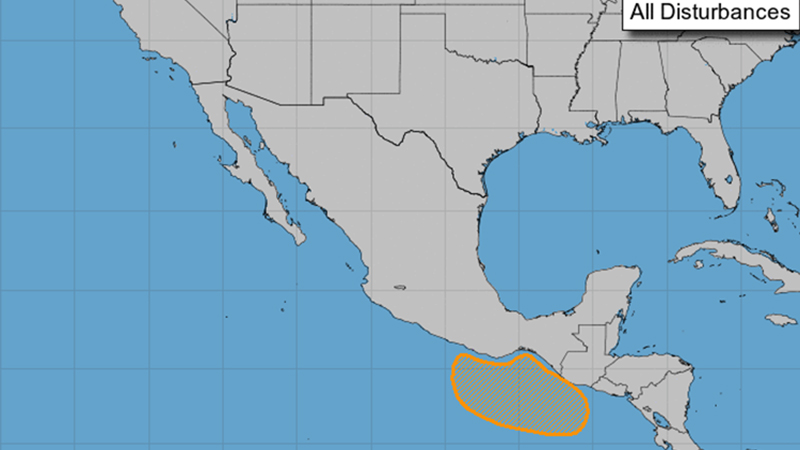