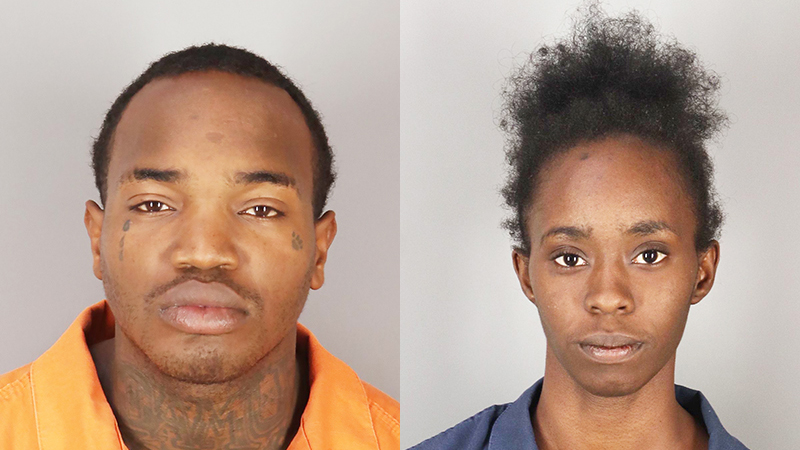 Guilty sentences for a Port Arthur man and his girlfriend ended a 17-month investigation and prosecution following a Groves couple’s violent assault and robbery.

Mitchell was sentenced to 10 years in the Texas Department of Criminal Justice, with Wortham noting Mitchell changed his plea to guilty after prosecutor Luke Nichols presented the State’s case against the defendant.

Mitchell’s guilty plea follows that of Jaime Nicole Alfred, who pleaded guilty June 2, 2020, to aggravated robbery. She received a 10-year deferred probation sentence and was ordered to pay a $500 fine.

Mitchell and Alfred were arrested for their roles in a Jan. 19, 2020, robbery at Beverly Place Apartments in Groves.

According to court documents, a 28-year-old Groves man walked outside his apartment to meet his wife, age 25, and was confronted by Mitchell, who was reportedly armed with a handgun.

Police said Mitchell pointed the gun directly at the victim and demanded money. As he did so, the victim put his hands up and began walking backwards until he got inside his apartment. He told police he was afraid Mitchell was going to kill him.

The male victim knew his wife would be home from work soon and walked back outside to see Mitchell pointing the same gun at his wife saying, “give me my money.”

The female victim said she didn’t know what he was talking about and that’s when Mitchell reportedly hit her in the face with the gun, knocking her down.

She told police she got up quickly because she was scared he was going to kill her. He kept pointing the gun at her, demanding money and she continued to tell him she didn’t have any.

He then used the gun to hit her on top of the head, knocking her down again before searching her pants pockets for money — he didn’t find any.

Police said Mitchell began looking through her backpack, which was on the ground, and she got up to walk to her apartment. The female victim’s husband ran between the gunman and his wife, but Mitchell turned the gun on him.

Police said Alfred, identified as Mitchell’s girlfriend, “came out of nowhere” and began assaulting the female.

Finally, Mitchell told Alfred to let the female up then Alfred reportedly went to the woman’s truck and took her phone and wallet. As Mitchell and Alfred left, they threatened the woman verbally.

The female victim arrived at a CHRISTUS emergency room the next morning for treatment to head and face injuries.

Groves Police Department officers arrived and developed a name and description of the assailants.

Mitchell was stopped and arrested Jan. 21, 2020, in possession of a BB pistol that matched the description of the weapon used to beat the victim.