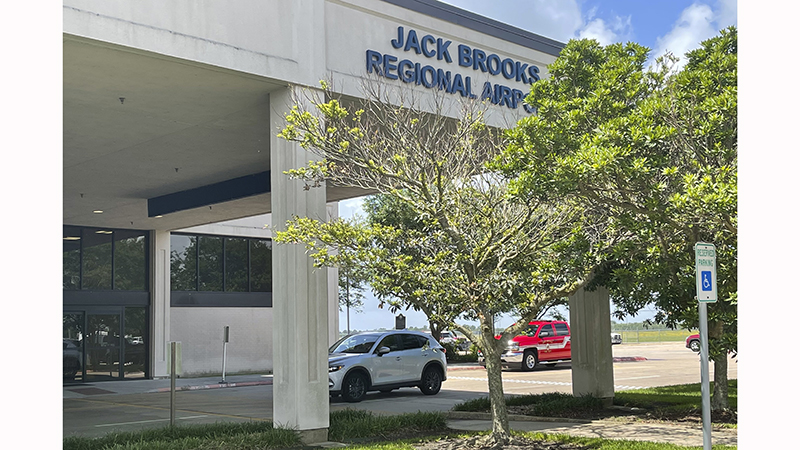 As air travel continues to rebound following 2020’s shutdown, representatives from Jack Brooks Regional Airport and a third-party firm presented to the county this week their progress on a master plan that will address airport needs for 20 years.

Airport Manager Alex Rupp and Michael Mallonee, aviation practice leader with KSA Engineers, addressed commissioners during a Tuesday morning budget meeting to detail the progress of a plan that began in January.

“This is really a future-focused effort,” Mallonee said. “It is designed to be strategic in nature — a tool for you all as a community to look at out those 10, 15, 20 years and make sure we have a sound plan and are prepared for when demand comes back. We believe that it will come back and we’ve already seen it come back.”

According to a report from the International Air Transport Association, air cargo in April was up 12 percent in comparison to pre-COVID numbers.

The ITSA also released a study, Mallonee said, that looked at previous shock events such as 9/11 and the 2008 recession and found full recovery takes approximately three years.

In Southeast Texas, a study of air traffic showed the number of passengers flying out of Jack Brooks pre-pandemic had been climbing over a few years.

“I’ve been looking at the same statistics on daily ridership and it looks like it’s rebounding relatively well,” Judge Jeff Branick said. “If Facebook is any guide, seems like everybody in my neighborhood is off on vacation somewhere.”

However, during the initial studies, it was determined the regional airport is only capitalizing on 7 percent of available passengers.

The opportunity area is 1,000 people, Mallonee said. Currently there is an average of 79 passengers utilizing the airport’s service to and from Dallas Fort Worth International Airport.

It is a service offered locally since 2013, when American Airlines joined the airport to provide passengers with 44-50 seat jets to DFW, where they can then catch domestic and international flights.

Mallonee’s presentation said in 2020, DFW was one of the world’s busiest airports.

Commissioner Vernon Pierce questioned if the current bump in air travel could stem from stimulus checks.

The KSA representative said it’s likely a contributing factor but not one with long-term impact.

“Business travel may be changed somewhat indefinitely,” he added. “The industry as a whole even when it recovers may be fundamentally changed.”

Texas-based KSA Engineers was hired by administrators at Jack Brooks Regional Airport to create the facility’s master plan, which ultimately will be funded in grant dollars by the Federal Aviation Administration.

“We look at everything from inside the fence — your airside facilities, runways, taxiways, terminal buildings, parking, aircraft hangers,” KSA Aviation Practice Leader Michael Mallonee said. “But we also look outside the fence. We look at land use compatibility, planning and zoning, road infrastructure, and access to and from the facility.”

KSA also formulated a planning advisory committee from local stakeholders, airport staff and tenants, and users of the facility.

Mallonee said they expect to have meetings with the public at a later date.