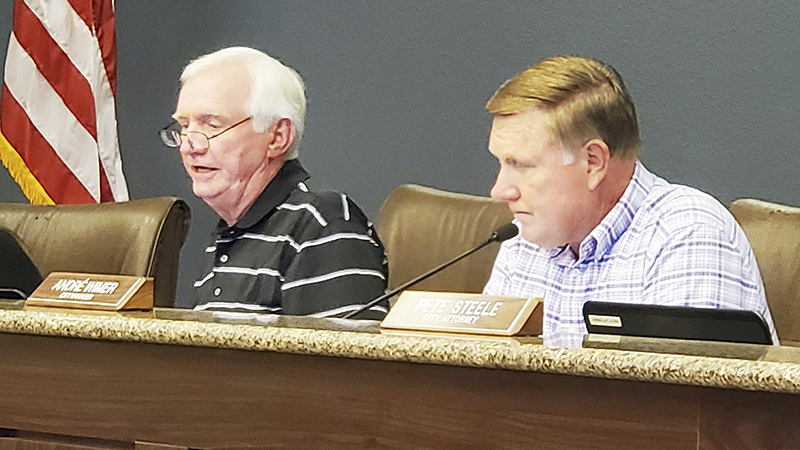 PORT NECHES — The Iguana Joe’s site plan and construction documents have been approved, outlining a timeline for construction start and restaurant opening.

The Port Neches City Council approved the measure this week.

Mayor Glenn Johnson said he is happy to see COVID-19 roadblocks passing and the city able to move forward with riverfront projects. 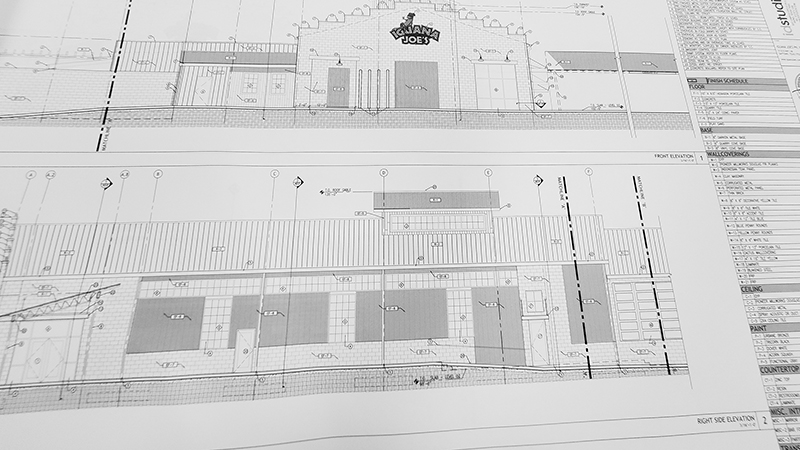 A view of some of the site plans for Iguana Joe’s. (Mary Meaux/The News)

“We’re excited Iguana Joe’s is finally going to start turning some dirt and, hopefully, we’ll see them in the next few months and they’ll be open by the spring,” Johnson said.

City Manager André Wimer gave council members an update Thursday evening on the project, saying the staff reviewed plans and directed questions and comments to the architect and civil engineer.

“But note, nothing in these comments or questions are substantive in terms of the overall sit plan themselves, the number of parking spaces, things like that,” he said.

The entire tract is approximately 4.54 acres, which includes the restaurant and parking.

The restaurant, Wimer said, is approximately 24,000 square feet and there is parking for just less than 300 vehicles. 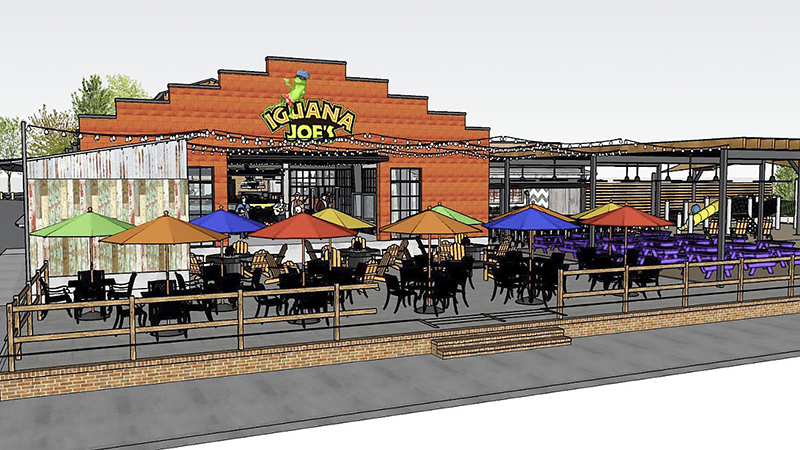 The Port Neches Iguana Joe’s will include indoor seating and an outside patio with a stage and playground. (Courtesy photo)

Wimer called it a significant effort, adding this is the next step in the process of the construction.

Iguana Joe’s opened in May 1996 in Mont Belvieu, extending its casual Tex-Mex infusion to Baytown, Houston, Crosby and Atascocita.

A letter of intent approved in January 2019 places the new restaurant adjacent to Neches River Wheelhouse on Lee Avenue, making it the second dining option along the river.

Several other restaurants are in various stages of planning. In April, the city council approved a Letter of Intent with Obana Reality Holding and Rippeon Properties, which gives the business owners 180 days to present a proposal to the city. They are planning a two-story eatery.

The people behind the vision are Min Dai, who is CEO and owner of several Toyko Japanese Steakhouse restaurants, and Jimmy Rippeon, of Classic Construction in Beaumont.

There is also Neches Point, a food court business with several eateries and a retail portion, in the works.