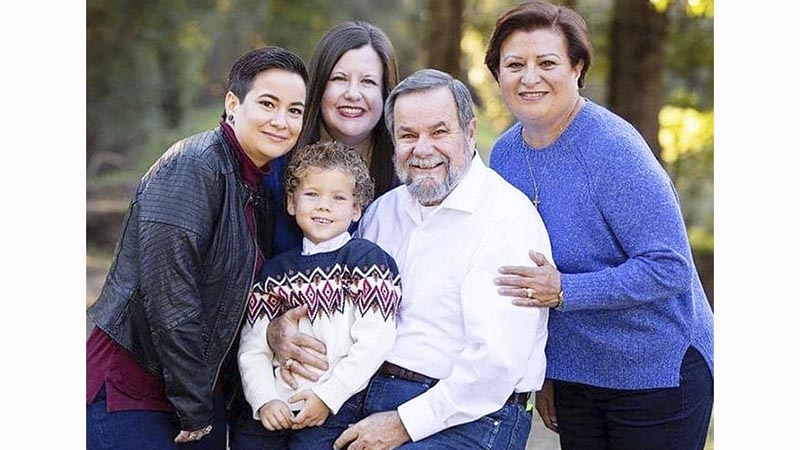 “Everybody works together and everybody pitches in,” he said.

Fontenot was recently named principal for the 2021-22 school year. He began with St. Catherine as a physical education teacher and coach in August but has been an educator in public schools for 25 years.

“He brings a depth of educational experience with him,” said Marcia Stevens, superintendent of schools for the Catholic Diocese of Beaumont. “Over the past year he has been a teacher there and has a strong commitment to the school’s mission and vision.”

Fontenot is a 1976 graduate of Thomas Jefferson High School. He earned his bachelor’s degree in Computer Science and Masters of Educational Administration from Lamar University before working in the information technology field in Houston and Beaumont and transitioning into his career in education.

“My first teaching position was as a math teacher at Groves Middle School,” Fontenot said.

He also was named director of information technology, safety and homeland security for Port Neches-Groves Independent School District, a position he held for 24 years.

Some may remember Fontenot for his time as assistant softball coach for four years, then head softball coach at Port Neches-Groves High School for three years. While head coach, he helped lead the team to state competition.

Fontenot retired from PNGISD in 2020 and joined St. Catherine School the same year.

Growing up he attended Catholic schools through the ninth grade, starting with St. James School then Bishop Byrne Catholic High School before transferring to TJHS.

“I enjoy the atmosphere,” he said of St. Catherine. “They really care about the kids.”

Fontenot tips his hat to his predecessor, Renee Tolin, saying he wants to continue what she set in place.

“It is nice being able to give individual attention to the students when they need it, and all of the teachers support each other. It’s really nice,” he said. “And, we can celebrate our faith.”

Fontenot has been married to wife, Maria, for 39 years, and they have two adult daughters and two grandsons.

St. Catherine of Siena School opened in 1961 under the Dominican sisters at the request of parishioners of the newly-formed St. Catherine Parish by Rev. Frank Schanzer.

The school grew through the years, adding a science lab and computer and art labs in 1973 and a gym in 1979.

A grant from the Beaumont Foundation allowed for upgrades to the computer lab, and in 2006 the school’s prekindergarten classes began.

New additions to curriculum and the facility continued as the school grew. The school houses prekindergarten through eighth grades.