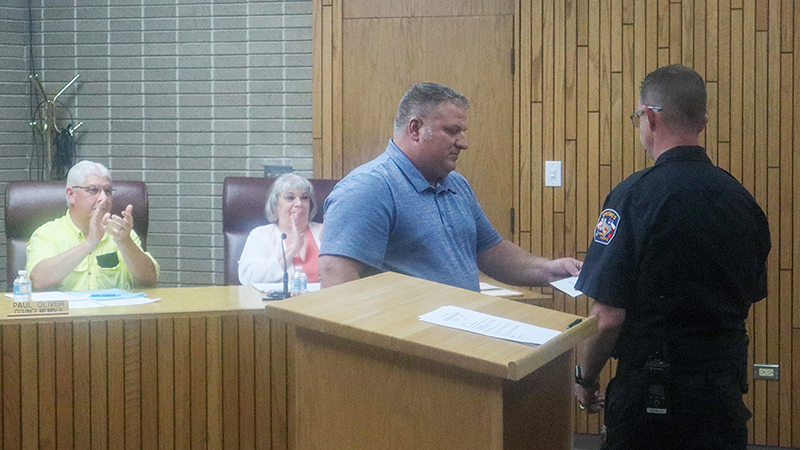 Jerry Hanley is the 2020 Otis Barnes Firefighter of the Year.

The Groves City Council presented a proclamation to Hanley this week.

The award is normally handed out in February, but all parties involved elected to delay it until the COVID restrictions were lifted.

Hanley said it is an honor to be recognized.

“Otis Barnes, who the award is based off of, was a tremendous asset to this department,” Hanley said. “To know that they think I have held up to his standards and his views is an amazing feat.”

Hanley fancies himself a good cook and is happy to provide a warm meal for crewmembers during the hurricane response efforts.

“We had crawfish etouffee and spaghetti,” he said. “That was the two biggest dishes we made. We are all in it as a team. Each of us plays a critical role, whether it was cooking or making a call. I am just there to do a job like the rest of them.”

Billeaud said nominations for the annual award go before previous award winners, who are still active in the department. Then, a committee, made up of the past three winners, looks over the vote and breaks any potential ties or elects to have two winners.