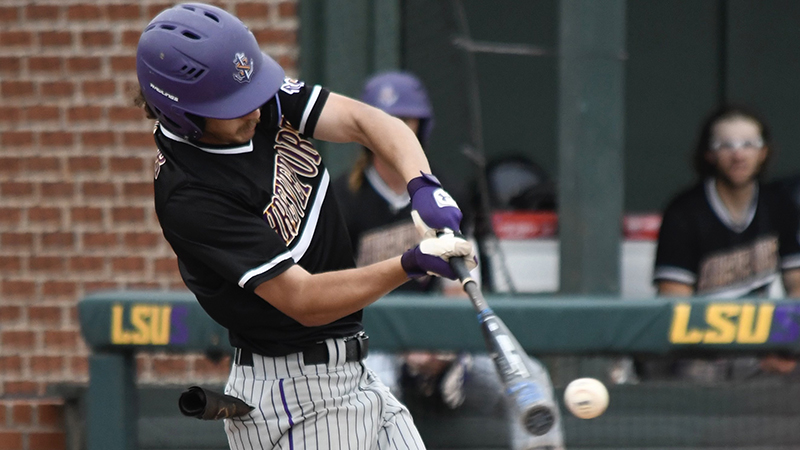 Nederland graduate Kody Kolb will play for the LSU Shreveport Pilots in the National Association of Intercollegiate Athletics World Series.

LSUS is one of the 10 teams competing in the double-elimination tournament in Lewiston, Idaho this weekend. The first games will be played Friday.

The Pilots’ first game was against Keiser on Friday morning.

Kolb played for the Nederland Bulldogs for three years before graduating in 2016.

His current team has overcome quite a bit of adversity to make it among the league’s elite.

“At the start of the season, we had a COVID outbreak on the team,” Kolb said. “We had about eight (cases), so we got shut down. Then, we got hit with the snowstorm and we were out three weeks without playing. Coming back from that was pretty hard.”

The Pilots started the season 12-11 and in need of something to motivate the team to get back to the school’s historical wining ways.

“At one point, we all came together and said that something had to change to get the program back to what it had been built to,” Kolb said. “We went on to win 21 of our next 23. We turned our season completely around, and it put us back on the map, where we should be.”

Despite the Pilots’ ability to change the trajectory of their season, LSUS fell short of the regular season conference title.

“That was not normal for us,” he said. “We got swept by (Our Lady of the Lake). That is a series we should’ve won. We came around to the conference tournament as the second seed and lost the first game. We had our backs against the wall. We had to win five straight games to win the tournament and that is what we did.”

“We won our first game and lost our second,” Kolb said. “Here we were with our backs against the wall again and we had to win out to make the World Series.”

For the regular season, Kolb hit .426 with 31 runs scored and nearly 40 RBIs, 13 doubles and four homeruns.

Kolb said he is thankful for his time in the Nederland baseball program.

“It was never an easy path,” he said. “(Then-Head Coach Cody) Robbins was on us constantly. There were times that it was difficult to play, but that is the environment I want to be in. Playing for a coach that is hard on you helps you in the long run. It is definitely showing now, and I couldn’t be more grateful for that.”

Kolb said injuries have taken a toll on his playing career, but he has enjoyed the ability to play past high school.