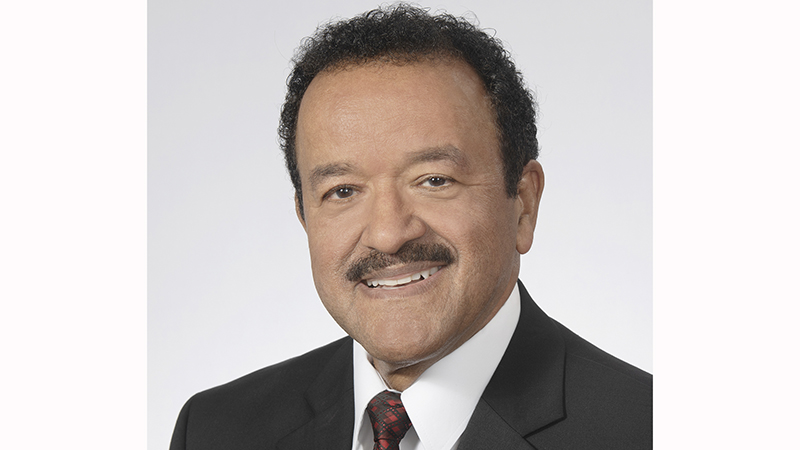 John Comeaux jokingly called himself a “super volunteer,” but a list of the organizations and boards he belongs to makes it hard for him to classify as retired.

In fact, he’s kept working after retirement, consulting on construction jobs and encouraging minority firms to bid for various projects.

“I had an uncle that would say, ‘I have a little gas in the car so I might as well keep going,’” he told Port Arthur Newsmedia while laughing. “I guess that’s what I’ve done.”

In May, Comeaux was re-elected to the Port of Port Arthur Board of Commissioners — a role he’s held for 11 years. He was recently named president of the board for the second time in his tenure.

“I’m Port Arthur Proud and I like to see growth,” he said of his first time to seek election. “I thought that might be a good way to enhance growth.”

But the Lincoln High School graduate has always been busy. In high school he was a member of the National Honor Society, played in the band and was active in Chem Club. After attending Prairie View A&M University, he returned to his hometown.

“I came back and started seeing more and more of a need to do things,” he said.

He began working for Texaco (now Motiva), where he was employed for more than 43 years. His wife, Cynthia, worked at Gulf Oil.

“She was a competitor when I was at Texaco,” he joked of his high school sweetheart.

The couple has two children — a son who works for Motiva, and a daughter who is a teacher in Houston.

Working with the Port

Comeaux explained the Port Authority as a city council.

“We provide policies for the port,” he said. “We don’t run the port. We set policy, meet once a month and discuss objectives and any type of upcoming things.”

At the moment, he said, they are 75 percent complete with one of two new docks that will allow larger cargo ships to dock.

“We’ll be able to get more products at one time,” he said. “You want to get everything you can in one shipment.”

The funds were supported by an $89 million bond passed in 2016, which Comeaux called one of his proudest accomplishments.

“The citizens see we’re trying to make things better, and they have faith in us,” he said.

In addition, with the announcement Motiva would be renovating several downtown buildings as part of their expansion, the port purchased other buildings on Houston Avenue.

“We feel this is a good time to help (Motiva’s) effort by buying up some of those buildings and doing renovations to them,” he explained. “Some of the buildings may be in good enough state not to be torn down.”

The commissioners get some of their ideas from port employees, and also host brainstorming sessions to decide how to better the facility.

“Everything we do is for the future,” he said.

He previously served on the Pleasure Island Commission and as a Housing Authority Commissioner, as well as with the Industrial Safety Training Council.

In addition to being a port commissioner, he is a member of the Port Arthur Historical Society, The Port Arthur Housing Finance Corporation, the Texas Alliance for Minorities in Engineering, the Golden Triangle Business Roundtable, and the 5Point Credit Union board.

“I’m just one of those people who enjoys serving and helping others,” he said.