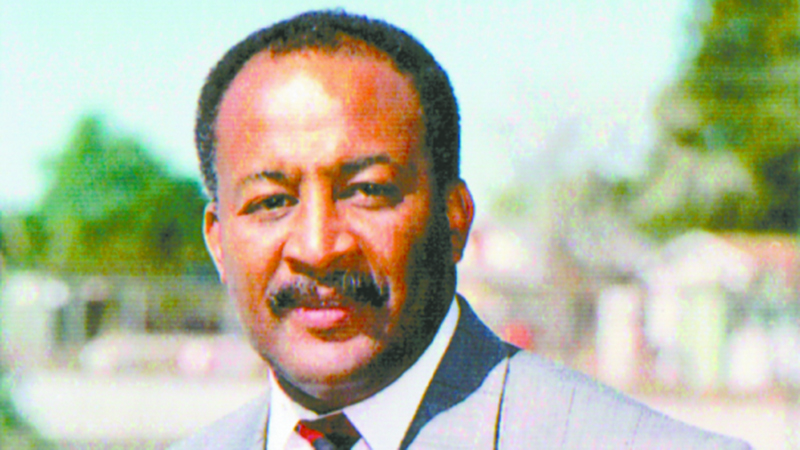 Constable Eddie Collins is pictured in this undated photo.

Longtime constable Eddie Collins is set to retire next week.

The Jefferson County Precinct 8 constable’s last day is Monday (May 31).

Calista Collins-Eaglin, the constable’s daughter, said the decision to retire was difficult.

“He felt it was best for his health,” Collins-Eaglin said. “He always gave Precinct 8 100 percent, his all, but due to being sick right now, he is retiring,” she said.

Collins-Eaglin said her father has given 100 percent to every job he’s had.

“He’s going to miss everyone,” she said.

“I’ve heard stories about some of the things he did when he was with the Port Arthur Police Department as a narcotics detective,” Sinegal said. “He was a legend, as I said, in law enforcement, not just here but around the state.”

As an undercover officer Collins handled the training of other officers.

“I’ve heard people say he changed their lives for arresting them and gave some of them some breaks,” Sinegal said.

Since the precinct is in Sinegel’s jurisdiction, the commissioners will ask his suggestion for an interim for Collins. The full commissioners court will have final say on the decision.

Sinegal is looking to nominate someone who does not want to run for the seat fulltime. This person would serve until 2023 at the time of the primaries.

Port Arthur Newsmedia spoke with Collins in 2020 following the March primaries in which he defeated his opponent.

Collins began his new term in 2020 after dealing with personal tragedy in recent years. He suffered two major strokes several years ago, following the passing of his father and brother.

Collins was the first black constable in Jefferson County.