See which Port Arthur streets are next for repairs 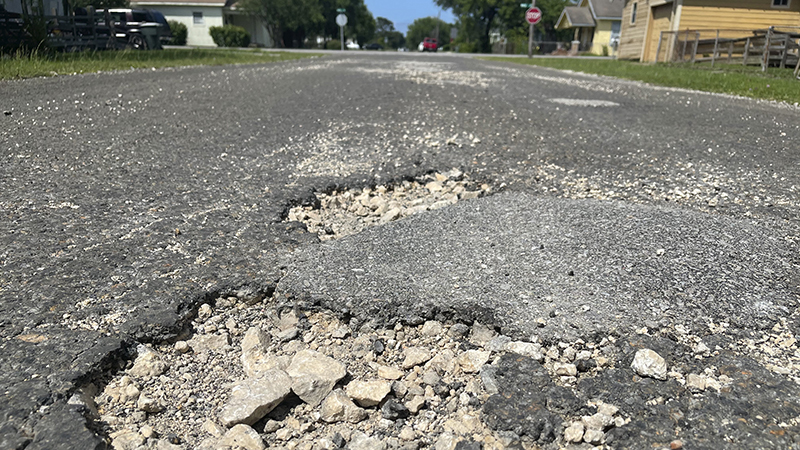 On the list for upcoming road repairs is 12th Street from Austin Avenue to Savannah Avenue. (Monique Batson/The News)

The Port Arthur City Council on Tuesday approved the third round of a $60 million street repair project, which addresses sections to 113 roads.

“I am overwhelmed and overjoyed that there is progress there,” said Mayor Thurman Bartie. “Citizens contact me and ask about the disrepair of streets in our community. It’s been this way for a while.”

Bartie said residents on roads fixed under the first two rounds have expressed their gratitude.

“I’ve gotten calls from several people who had construction,” he said. “They are delighted about it.”

Scroll through the PDF to see the next round of streets up for repair: