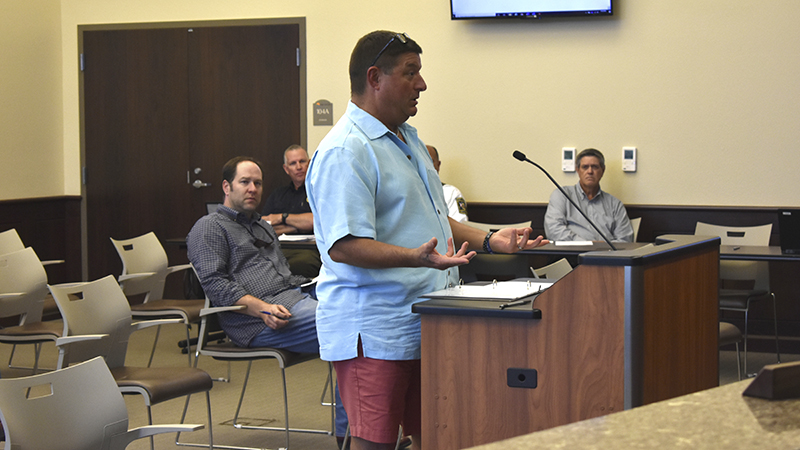 PORT NECHES — Residents of a Port Neches neighborhood concerned with the speed limit and with how future development in the city will add to the volume of traffic on their roads brought the issue to city council this week.

Instead he asked the agenda item be postponed in hopes the city would hire an independent traffic engineering company to provide a residential impact study and a traffic study of the areas.

The Port Neches Police Department undertook a traffic survey over several periods from April 27 to May 19 at different times of the day on Llano, Lee and Port Neches Avenue. The study was done in a way where motorists did not see the radar or equipment.

Police Chief Paul Lemoine said in a conversation on Friday that lowering the speed limit has absolutely no effect in this situation.

Lemoine has spoke before of the 85th percentile, which is the speed at or which 85 percent of motorists consider a safe, comfortable speed. The 85th percentile of drivers in the affected areas traveled between 25 to 27 mph, according to recent statistics.

There was a maximum speed clocked in at 44 mph between April 30 and May 3 in the 700 block of Llano listed under approaching traffic, and a 54 mph for the same time period and location as receding traffic.

The traffic study was performed during Port Neches RiverFest, when there were more vehicles on the road than usual. In a period of four days, 35,619 vehicles were recorded in the 1200 block of Port Neches Avenue.

Council assured Whitney they were in agreement with his concerns and were prepared to take action this week.

The Council ultimately opted to postpone action on the item to allow staff to look into the issue further.

In other action, council approved a residential real estate listing with Advantage Real Estate in the 700 block of Grigsby, Tract 189-1 and Tract 189-2 properties. State statute allows a municipality to retain the services of a real estate broker to sell property. The city pays a fee to the broker, which Advantage proposed to be six percent of the sales price.