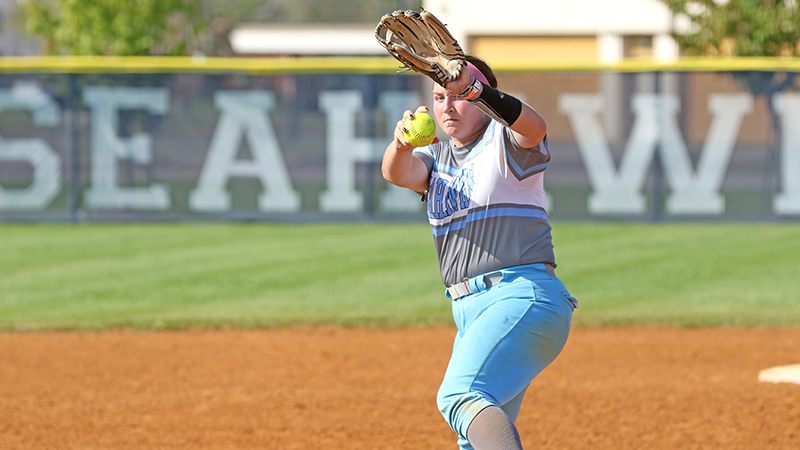 The Lamar State College Port Arthur softball team reached new heights this season making it all the way to the NCJAA Region 14 Championship game this week.

LSCPA, which finished the season with a 21-27 record, had not won a regional tournament game prior to this season.

Head Coach Vance Edwards said he knew Niedenthal was a good player before the season.

“Early on, she showed how good she can really be,” he said. “When it got to the tournament, she showed how clutch she was. When something needed to be done, she did it. Whether it was pitching four games, or playing defense, hitting, whatever; she did it.” 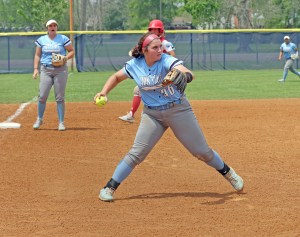 Niedenthal said the first game against Galveston College was when she knew she could play at a high level.

“It was the first game of the tournament,” she said. “I knew I could pitch like that. I was struggling a little bit during the regular season, but I knew it was time to step up.”

In the circle, Niedenthal earned 86 strikeouts, second best in the South, while her earned run average of 4.94 put her in the top 10 in the conference.

“There was little room for error,” she said. “That was probably my best game, too. They are a high-scoring team and I didn’t let them score any. It was me and the defense.”

Edwards said this season was a great building block for the program.

The pitcher said she is aware her team won’t be able to take anyone by surprise next year.

“We were able to prove everyone wrong,” Niedenthal said. “We came in as the underdogs, so it felt pretty good… I think we know how we can play. We practiced for it all year. We just have to keep it up next year.”

Niedenthal’s 17 home runs on the season and playoffs were good enough to tie the school record for a season. However, the PNG grad said she is not satisfied with a tie.

Edwards said Niedenthal has all of the qualities he looks for in student athletes.

“She is going to set a lot of records for us,” he said. “She is a good player, a good student and a good person. She has met and exceeded everyone of them.”

Niedenthal said she will continue to play after LSCPA.

“I haven’t decided on where, yet,” she said. “There have been some schools calling. I got one from Texas A&M-San Antonio and I was talking to (the University of Houston).”