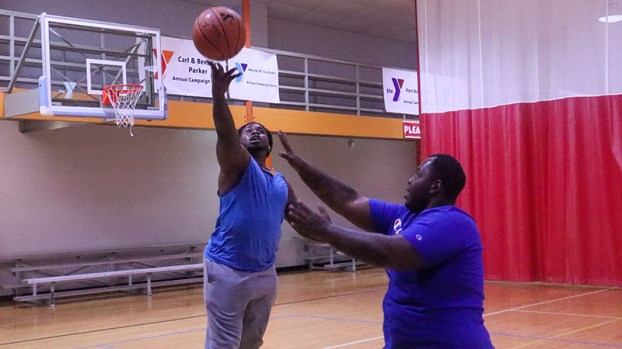 Kory Stewart goes for a layup against Benjamin Darrington at the YMCA. (Chris Moore/The News)

YMCA prepares for summer activity return; see how YOU can get involved

This time last year, Kevin Pearson, CEO of YMCA of Southeast Texas, was debating whether or not to keep the facility open in the midst of the pandemic.

This year has been much different, as the YMCA in Port Arthur has seen summer activities reach an all-time high.

“We are getting closer to normal,” he said. “On May 11 of last year, we opened the pool and on May 17, we opened the rest of the facility. When the state said we could do it, we did it. As the year has progressed, we slowly started to get there. We had an OK January. January is usually our big month for new members but it was meh.”

“That was huge,” he said. “April was another big month for memberships and program signups. We are almost double program signups from where we were at this point in 2019.” 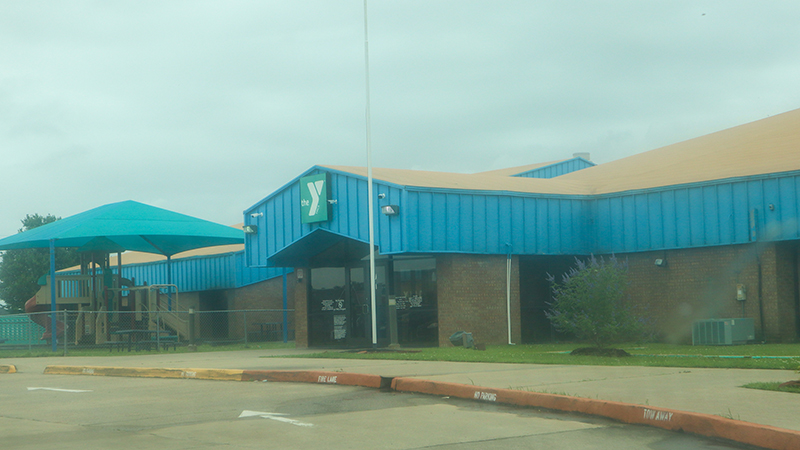 The YMCA of Southeast Texas is located at 6760 9th Ave. in Port Arthur. (Chris Moore/The News)

Pearson said the YMCA is keeping its staple programs along with adding some new potential favorites.

“We have swim lessons going on,” Pearson said. “We have varying schedules for swim lessons, because we know families have different needs. We have Monday-Thursday morning lessons. Those are two-week sessions. They run through the summer time. That is for the stay-at-home parent that can bring their child in the morning.”

The YMCA provides a Monday and Wednesday evening class that start at 5:30 p.m. for the parent/child and 6:15 p.m. for preschool. There is also a Saturday session.

“We have new sports going on as well,” Pearson said. “We have summer basketball. We have a year-round schedule that takes place. We have a sports sampler class for younger kids. For younger kids, we have a parent/child movement class that feeds into the sports sampler. We have gymnastics. Those classes go year round.” 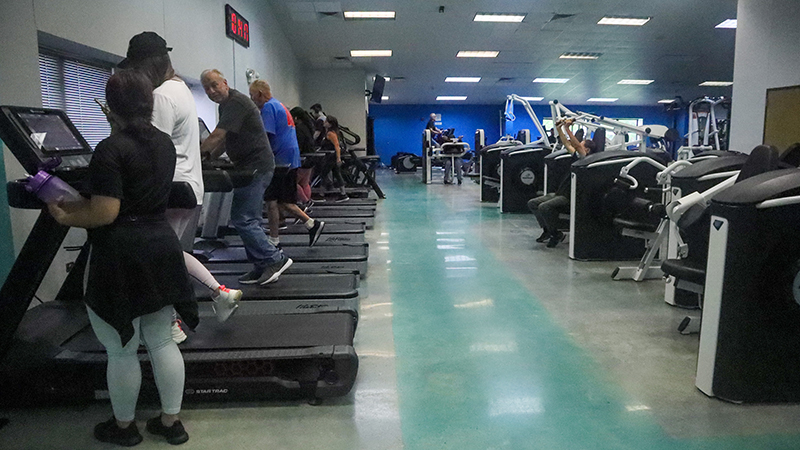 People work out in the YMCA of Southeast Texas gym. (Chris Moore/The News)

Pearson said the administration made changes to the schedule to compliment each class and meet the needs of the community.

“The little rollers class is timed to come right after one of our exercise classes,” he said. “Parents can drop their child off at the nursery, go do group exercise and pick their child up for a class right afterwards.”

Brittany Mercer, childcare and literacy director at the YMCA, said 69 children were enrolled in the summer program as of Thursday.

“We have summer camp,” she said. “We have specialty camps. We will have eight-to-nine weeks of specialty camps. That will be anything from STEM to art to music to TikTok. It will be all of that fun stuff the kids are into nowadays. The summer camp will offer field trips two or three times a week. It will be Monday-Friday 7 a.m. to 6 p.m. We will be rotating inside and out doing activities daily.”

Mercer said she credits the uptick in enrollment to people wanting to get their children active again.

“I believe parents are ready to get kids out,” she said. “They want to get things back to normal. Parents are signing up way earlier than normal than previous years. We have never had 69 kids registered two weeks before camp. The numbers are there and they are probably going to increase.”

Last year, the summer program maxed out with 27 children.

The YMCA is looking to hire, Pearson said.

“We are always looking for more people to work,” he said. “We are fired up and ready.”

Those with questions regarding programs or memberships can call 409-962-6644, visit the YMCA website at ymcasetx.com or visit the facility at 6760 9th Ave. in Port Arthur.

Nederland’s Megan Do to play in state championship

Nederland’s Megan Do will play in the UIL 5A girls state tennis championship Friday morning. Do defeated Reika Nagai from... read more