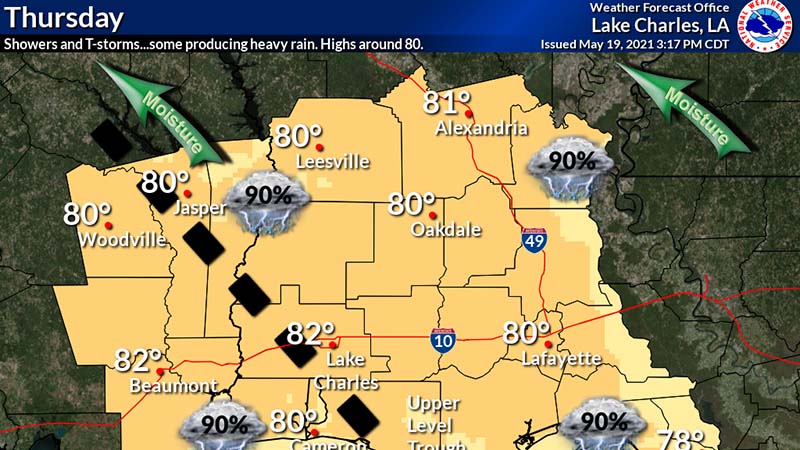 “It looks like the severe weather threat has ended for this event through the weekend,” Donato told Port Arthur Newsmedia from the National Weather Service regional headquarters in Lake Charles, Louisiana.

“However, given the fact that we have had so much rain already, it doesn’t take much additional rainfall to cause significant problems. We still do have great concern for the next 24 to 48 hours in terms of flooding in the area. The flash flood watch does still remain in effect.”

As of early Thursday, there is still a large line of storms sitting over the Lafayette, Louisiana area. Those are expected to remain out of Southeast Texas.

Donato said it is possible additional developments could occur Thursday.

“As a result we are expecting some additional (rain) accumulation in the Port Arthur area, generally in the range of 1 to 2 inches in the next 24 hours,” Donato said.

A small craft advisory is in place for offshore areas, but in terms of inland, weather watchers are not expecting high winds.