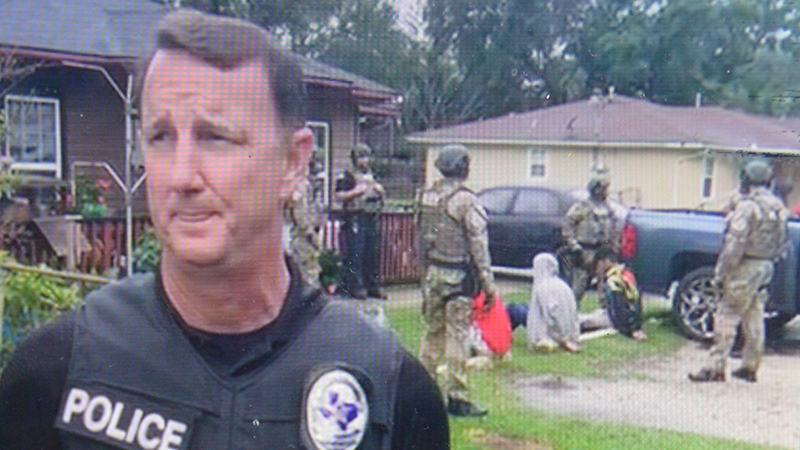 Det. Mike Hebert speaks Wednesday morning from the scene of a Port Arthur Police Department search and arrest. (Courtesy of the PAPD)

Port Arthur Police officers and SWAT personnel executed a search and arrest effort Wednesday morning, making at least one apprehension tied to a string of burglaries.

The investigation and developments are still unfolding, but Det. Mike Hebert identified one suspect as 24-year-old Larry Hebert, 24, who was arrested on multiple burglary charges. 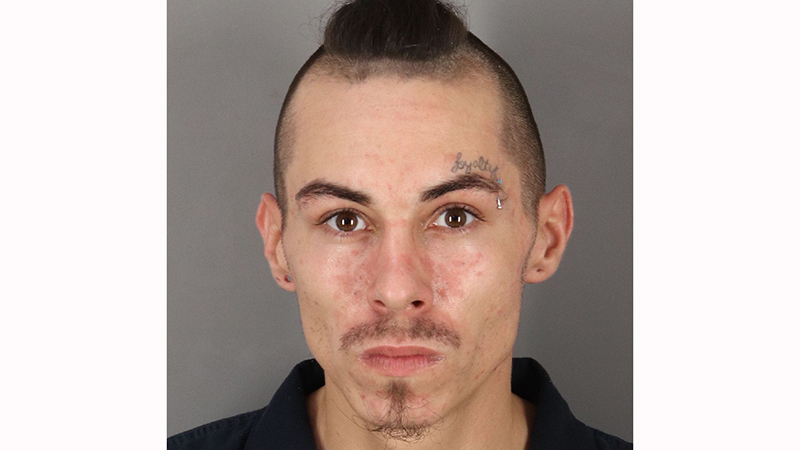 “This whole investigation started after Hurricane Laura as all these residents evacuated the city. There were certain individuals that came into this neighborhood and began to break in their homes,” Hebert said Wednesday morning from the scene of the SWAT action. “It was a shock to these people.”

Hebert described the location of the police action as the 4200 block of Lansing Avenue. He described the neighborhood as middle class, adding residents were shocked to find homes broken into, TVs stolen and jewelry rummaged through.

“These neighbors spoke out, and we had a town hall meeting not long afterward and promised that we would try to get some justice for them,” Hebert said. “Today was that day where justice was served. We’re looking at one particular individual for several burglary charges.”

Hebert noted the neighborhood was also the victim of a drive-by shooting.

A Port Arthur family is unharmed though shaken after their home and vehicles were hit with gunfire just before 2 a.m. Tuesday in the 3600 block of 41st Street.

The homeowner, who asked not to be identified, told Port Arthur Newsmedia he was awakened by bullets hitting the vehicles and house.

He described the noise as a bang, pause, two more bangs, a pause and a “really loud one.”

He grabbed his shoes and went to another room in the house as one of his children woke up and asked if anyone heard the noise. He told his family to “get down, someone’s shooting.”

The homeowner pointed out a bullet hole on his house, noting the trajectory. He also showed areas on three vehicles, which were also hit.

Three vehicles and a home were struck, but no one was injured.

Several Port Arthur Police detectives were in the area of the shooting at approximately 8 a.m. Tuesday speaking with residents. One woman that lives nearby walked over to talk to the homeowner and police.

The woman declined to give her name but said she was asleep when the shooting occurred and heard about it from a neighbor.

The man said multiple crimes have occurred recently in the area, including a burglary or theft down the road.

Hebert said this is a very fluid investigation and police are following leads.

Police on Tuesday afternoon did not comment on possible suspects or the number of potential shooting.