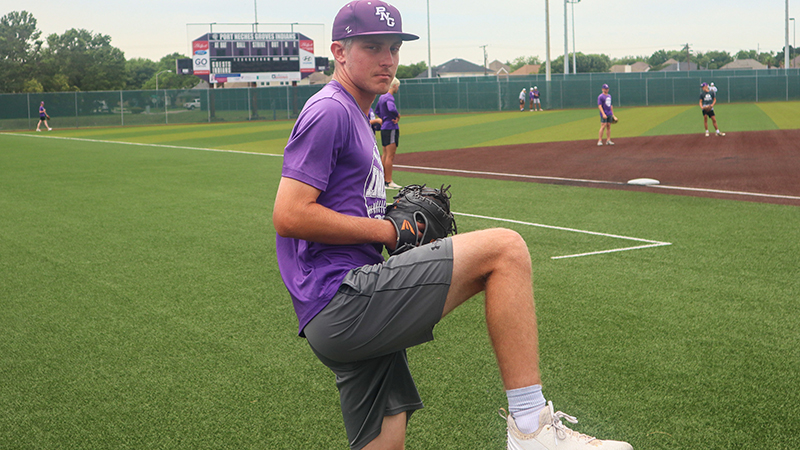 PORT NECHES — Good pitchers need to have at least one of two abilities to be successful at any level. They need to be able to throw hard or be able to place the ball wherever they want.

Port Neches-Groves pitcher and first baseman Tristan Abshire said he doesn’t have a “flamethrower,” but he is good at keeping hitters guessing.

“I have a fastball, a two-seam fastball, a change up, a curve and a cutter,” he said. “The fastest I’ve thrown is about 83. I’m good with off speed…You can’t be throwing cream puffs up there and they go yard on it.”

Catcher Ryan Sosa said placement is key for any pitcher.

“That is the whole thing,” he said. “If you don’t have a high velo (velocity), you can do the same thing by placing it. If you can set up a better and get them to overthink, that is the same as having high velo. Tristan can do that. He is, if not the best, one of the best.”

Abshire, a senior, soon will be pitching at Richland Community College in Dallas.

Abshire came up big Saturday in Game 3 against Kempner to advance PNG into the third round. The pitcher was 2-of-3 at the plate.

“He loves the game,” coach Scott Carter said. “He shows up every day and goes to work, He is one of our No. 1 pitchers. He starts every other ballgame. He has an outstanding glove at first base and swings a good bat. He helps this team all the way around and leads with his attitude.” 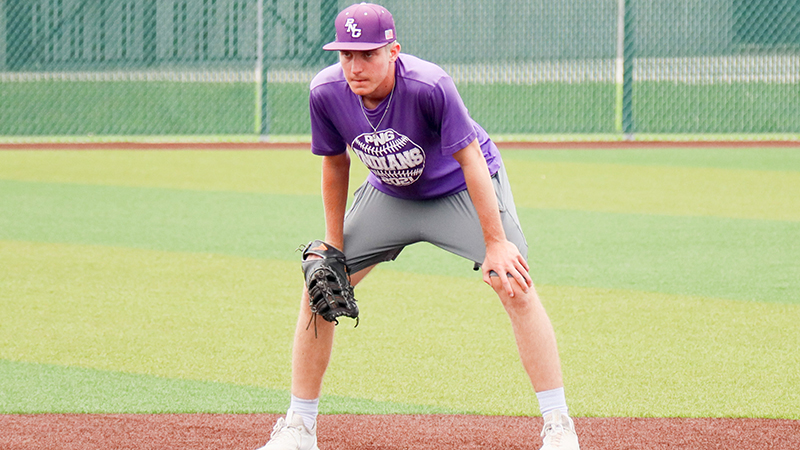 Abshire’s his favorite moment at PNG was playing La Porte in the first round of the playoffs.

“I hit a homerun and then I was on first and Faulk hit one in the gap and I ran all the way around for the walkoff,” he said. “The Game 3 is when we all celebrated. That might be the best baseball moment in my life.”

When Abshire is pitching, Reid Landry takes over at first base. When Abshire steps off the mound, he takes back over on his base. The Indians have several players who play multiple positions, but Carter said Abshire’s ability to play two at the level he does makes him unique.

“He plays first base at a high level,” Carter said. “He hits at a high level and he pitches at a high level. To have all three of those is unusual. Usually, when you have someone playing two positions, they are good at one and slack in the other. He doesn’t do that.”

For PNG to get a win against the No. 1-ranked team in the nation in Friendswood, Abshire and his teammates will have to play all of their respective positions to near perfection.

The best-of-three series starts Thursday at 7 p.m. at Baytown Sterling.