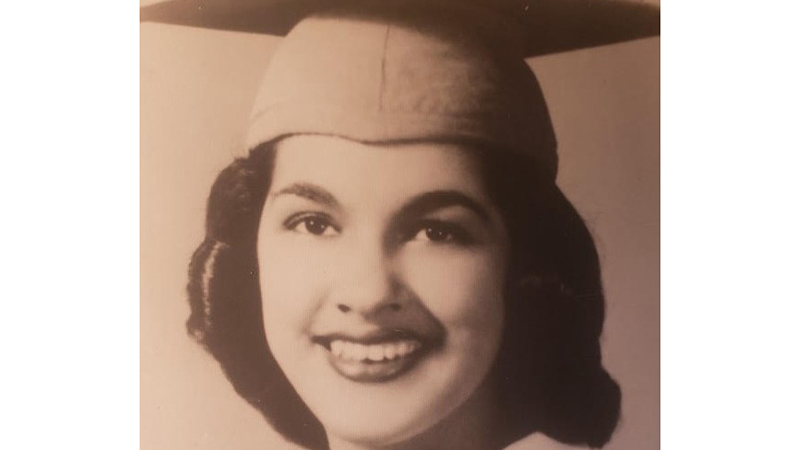 On Tuesday, May 18th 2021, Olga Norma Satterwhite, devoted wife and mother of three passed away due to complications from dementia at the age of 80.

Olga was born on January 28, 1941, to Raul Ramon and Guadalupe “Lupe” Dominguez.

Olga and her four siblings were raised in Port Arthur, TX where she graduated from Stephen F. Austin High School.

She received a Bachelor of Science degree in 1964 from Texas Women’s University in Denton, Tx. On December 19, 1964, she married her high school sweetheart Ernest Robert ‘Bob’ Satterwhite, and they raised three children, Patrick, Charity, and Jason in Houston, TX.

Olga had a successful career as a bilingual registered dietitian and was a trailblazer in the field of dietetics.

She was the first Hispanic woman to go into private practice in the greater Houston area.

She worked alongside the likes of Dr. Michael DeBakey and Dr. Denton Cooley from the Baylor College of Medicine in Houston.

Olga wrote and published a teacher’s manual for other dietitians entitled “Winding Your Weigh Down.”

She was very active in The American Dietetic Association.

Bob and Olga retired to Ingram, TX in the Hill Country and loved hosting family and friends and especially their three children and six grandchildren on the Guadalupe River.

Olga was a devout Catholic and loved to serve the Lord. She volunteered at the Raphael Community Free Clinic in Kerrville, TX on a weekly basis.

Olga was preceded in death by her father, Raul Ramon, her mother, Lupe, and her sister Juanita.

Funeral Mass will be held 1:30pm, Friday, May 21, 2021 at Notre Dame Catholic Church, Kerrville with interment to follow at Garden of Memories.

Expressions of sympathy for the family can be made at www.wrightsfuneralparlor.net.

Funeral arrangements are under the care of Wright’s Funeral Parlor.