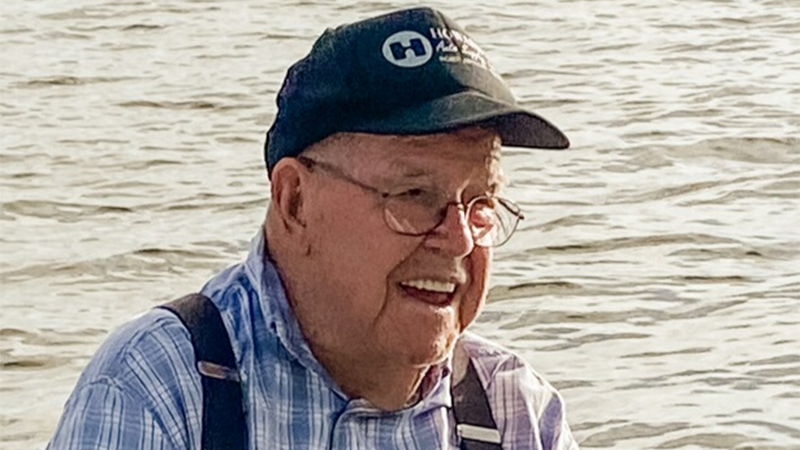 Ernest Joseph Sonnier, 96, of Port Acres, Texas passed away on Sunday, May 16, 2021, at the Medical Center of Southeast Texas in Port Arthur.

He was an avid shrimper his entire life.

Ernest worked at Texaco Island for 27 years and also at the Texaco main plant in Port Arthur. He retired after 36 years of service.

He was active in the Coast Guard Auxiliary for 15 years and commander of the Auxiliary for 7 years. He performed search and rescue, boat inspection, safety patrols, taught safe boating classes, dragging operation and checks for water pollution.

Ernest and his wife Renee were active in French Circle at Lamar University and they were both past presidents. They promoted the French language and spent time with the foreign students and shared their home with them on weekends.

He was a member of the Veterans of Foreign Wars #4820 and has been a board member for 15 years and started working at the Veteran’s Memorial Pak when it started construction.

Ernest was in World War II from 1943-1945. He stayed in France for 15 months after WWII ended where he worked for the U.S. Cemeteries performing identification and record keeping for U.S. soldiers who were killed in action. During this time, he also met and married his wife of over sixty-three years.

A Chapel Service Honoring Mr. Sonnier will be conducted at 11:00 a.m. Thursday, May 20, 2021, at Grammier-Oberle Funeral Home with burial to follow at Memory Gardens Cemetery in Nederland.