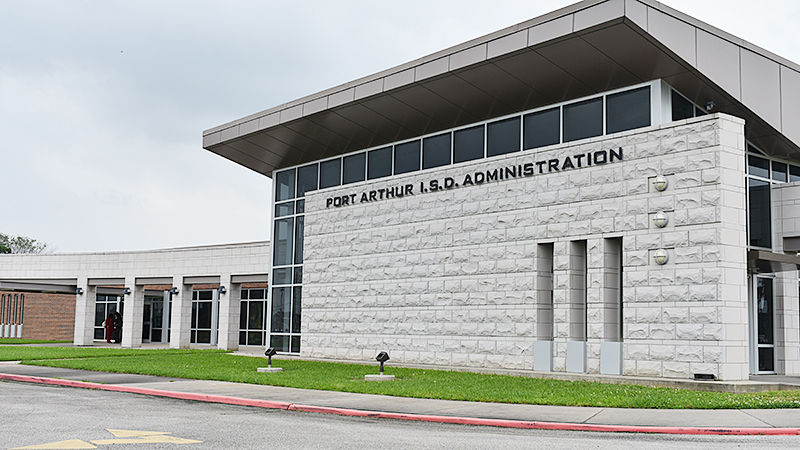 Port Arthur Independent School District officials are about to close out the 2020-21 fighting the loss of $10 million in expected revenue.

The full depth of the negative impact is unknown. The district’s biggest expenditure is payroll and the district usually puts additional dollars in the fund balance to address any shortfall.

The concerns were a chief topic of discussion at this week’s school board meeting.

Half of the projected loss is due to the recently released property values in the district.

Phyllis Geans, assistant superintendent for business & finance and CFO, said homeowners have likely received letters from the Jefferson County Appraisal District, where many are seeing an increase in taxes up to 10 percent, which will also impact the 2021-22 PAISD year.

The State Comptroller’s Office conducts a property value study every other year and noted some Jefferson County properties had been appraised under value. The local numbers were invalidated and adjustments were made by the state, increasing the values across the county.

“We had to hire a consultant to protest those values and try to get the state to agree that the values were within certain limitations,” Geans said. “This year, if we cannot get the TEA (Texas Education Agency) to agree to use the values that were assessed by Jefferson Central Appraisal District (as opposed to the state), we will lose about $5M.”

The state comptroller’s office provides the TEA with the assessed values, which makes it appear as if the district will collect more in taxes, meaning TEA will provide less to the district.

Trustee Robert Reid said the loss in revenues is concerning.

“With the State introducing legislation that ties our academic performance to the funding that we receive from them, this adds more pressure to meet expectations with less money,” Reid said. “The loss in funds from JCAD can potentially affect the instructional programs we have in place for our students and the resources we provide for our teachers and campus leaders.”

The district is also hoping to recoup some of its

$5 million loss in revenue from a dispute in property valuation with Motiva Enterprises LLC. The industry giant filed a lawsuit against the district, and has done so for several consecutive years.

A previous dispute began in the fall of 2019 when JCAD appraised Motiva’s taxable value at roughly $3.5 billion. Motiva reported the value much lower at $1.5 billion, arguing the company had overpaid taxes previously given for bond debts.

The district ended up splitting the $8.5 million payback into two payments with the final one made in October 2020. Motiva filed another lawsuit for the current fiscal year (2020-2021) that resulted in a reduction of tax collections of approximately $5M.

Geans said the district filed for a property value study for the state comptroller’s issue and a separate one with Motiva and are waiting to hear back from both. She hopes to have an answer by next month but there is no guarantee on the timing.

“If we could win with the state comptrollers values and go back to what the JCAD values were, that would help us and then if we can get Motiva, which more than likely we think we will get back, we won’t lose all of the $5M. We’ll lose some but not all,” she said.

A trustee asked if money from the Elementary and Secondary School Emergency Relief Fund payments could be used to help with any anticipated shortfall — the answer was no.

That money, appropriated to the State of Texas under the American Rescue Plan Act dealing with COVID relief, has specific guidelines. A minimum of 20 percent must be used to help with learning loss.