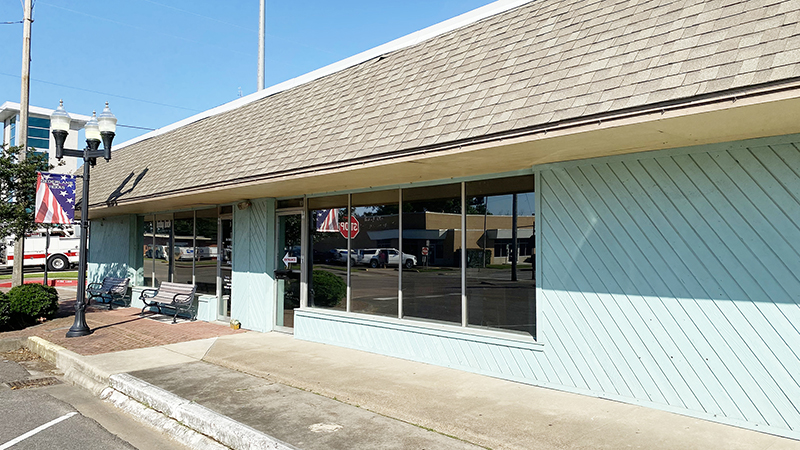 A second Sugar Momma Confections will open this summer at 1344 Boston Ave, pictured, which will be roughly six times larger than the original Groves location. (Chris Moore/The News)

GROVES — In the spring of 2017, Angie Cook’s husband was injured at work. Facing nine months without income, Cook’s father-in-law gave her a choice. 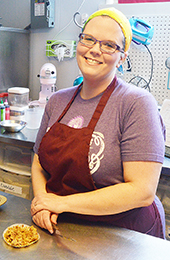 I had a lease the day after he said that and we have been on a roll ever since,” Cook said.

Three years later, what began as a way to simply make ends meet, is now expanding to Nederland.

Cook said she will open her second location on Boston Avenue in mid June or early July. She said she did not expect the bakery to become what it has.

“No one knew what it would be,” she said. “From Day 1, it has taken care of everything it was supposed to take care of and it has continued to do so.”

For Cook, baking was a way for her to stave off depression. 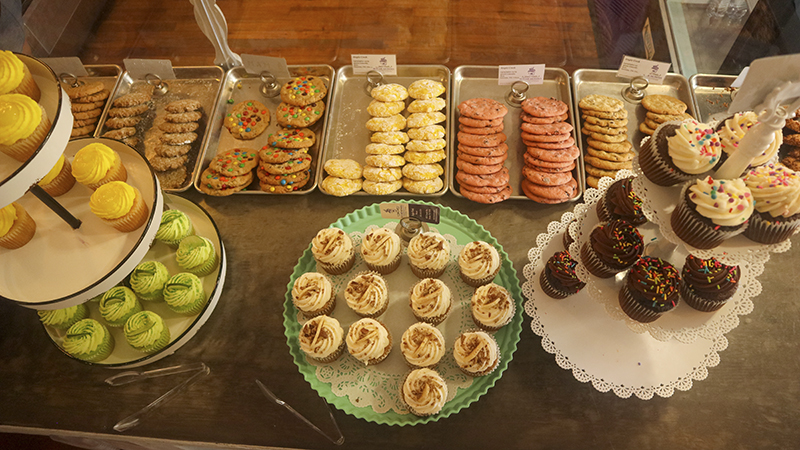 The bakery offers more than 140 flavors and styles of cookies and cupcakes while also providing plenty of keto options. (Chris Moore/The News)

“After I loss my daughter, that is what got me moving around again,” she said. “She passed away at birth. It helped me move around. I went from not being able to leave my bedroom with severe anxiety, to having to go to the kitchen. Someone would order, and I would be forced to go to the kitchen.”

Three months after opening the eatery, Cook knew the business had some staying power, she said.

“It didn’t take long at all,” she said. “They just kept coming and coming. COVID didn’t stop us. We attempted to shut down and our customers wouldn’t allow us to. We closed for a week and were bombarded the next week. We decided to stop closing and just stayed open. Our model did not have to change at all. The only thing we did was offer curbside.”

The Groves location, which does not have any indoor seating, will stay put.

“We need more space,” she said. “We need a larger kitchen. I cannot hire anyone because I physically don’t have the square footage to put a person… (Boston Avenue) is really growing and it is really cool down there. I love the hometown downtown feeling. We’re going to go take over another avenue.” 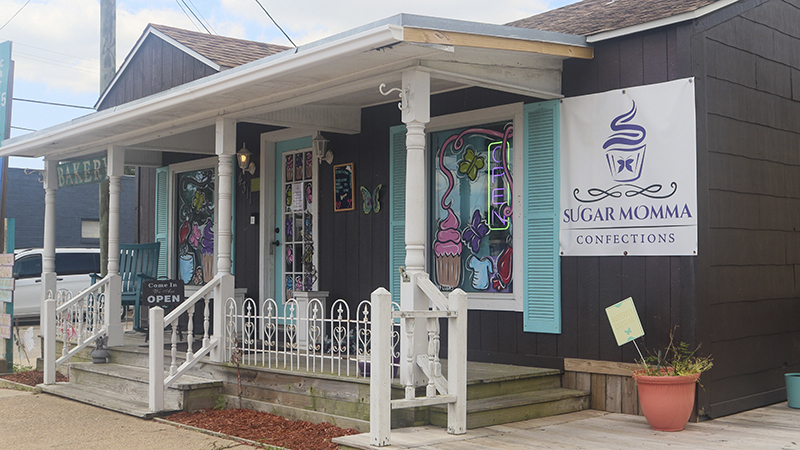 The bigger location, which is roughly six times larger than the current shop, will hold a classroom/rental room for parties.

“We want to do summer camps and specialty birthday parties,” she said. “We are also going to have a boutique up front.”

With the expansion comes an expanded menu, Cook said.

“We have at least 140 different flavors of cupcakes,” she said. “If you name it, we make it. We don’t have a set menu. Coming to here is like coming to grandma’s house. If there is a cake from 1982 that your aunt used to make, tell me about it and I will make it for you. That is just how we roll around here.”

Unlike the Groves location, the Boston Avenue building will not offer a coffee bar, Cook said, due to being next door to The Golden Cup.

“We are not going to be competing on anything,” she said.

Cook said she will start hiring employees in the coming weeks.

“I am waiting for more of the remodeling to get finished before we start that process,” she said. “We will probably do that about two weeks prior to opening. We will be hiring for everything; bakers, decorators, counter help, retail workers for the boutique, part-time teachers/hostess for the classroom, the whole nine yards.”