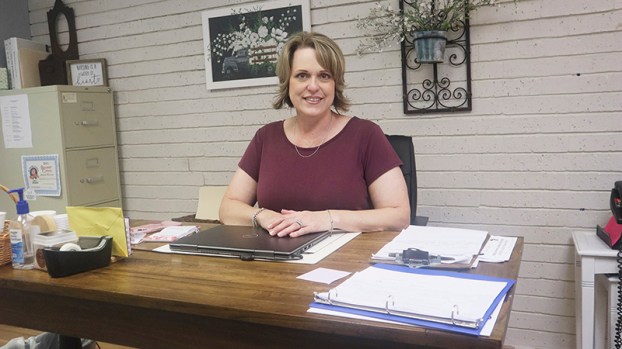 Kim Guidry took over as director of Community Retirement Home this year after being named interim director in November. (Chris Moore/The News)

Kim Guidry saw the possibilities when she took over as interim director of Community Retirement Home on Proctor Street.

After being named to the position outright in January she was able to put those thoughts into action.

Guidry earned her nursing degree in 1991 from Meridian Community College in Mississippi.

Guidry said navigating the freeze in February was the most challenging obstacle in her early tenure.

“The ice storm was a hot mess,” she said. “We had no water in the building for about a week. We were literally digging ice out of yards to melt to flush toilets. We had family members bringing in water that we could use to drink. We had hospices that came in and helped bring wipes. That was huge. Last year, I was here for the hurricane and we evacuated for the first one. That was a huge challenge.”

Guidry’s career has touched many aspects of nursing home care from the business side to the day-to-day operations.

“For about 20 years, I had been in marketing,” she said. “I had still done some nursing along the way through the hospices, but before I got into that, I had two nursing homes in Lake Charles. For one, I was the assistant director of nursing. For the other I went to be the director of nursing. They were startups. I have done a lot of startups.”

Becoming director allowed Guidry to get back to her roots and passion. 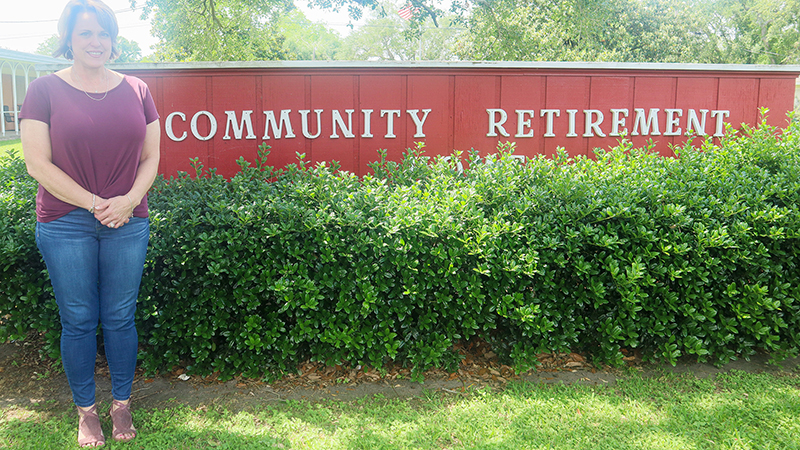 The original Community Retirement facility was started in 1944.

“I have been a nurse longer than anything I have done in my whole life,” she said. “It was like a breath of fresh air. I enjoy taking care of residents and being there for the families. I am happy to be back doing what I love and what I am trained to do.”

She notes there are still hard days.

Guidry said she is trying to work around an older building.

“The original facility was started in 1944, so the building itself is not quite that old,” she said. “We are on the National Historic Register. Running this building, itself, is a lot of work to keep up.”

Guidry wants to grow the reputation of Community Retirement Home.

On a daily basis, they are performing plenty of upgrades, like painting.

“I want it to be more than it has ever been,” she said. “I am the first nurse that has ever worked here. They have never had an RN before I came. I always teach my kids to leave it better than you found it. I want it to be something that people are proud of and want to be around. Some of these employees have been here 20-something years. I want it to become an icon in this community and the surrounding area. I want people to talk about us and want their family to come here.

“I want this place to be known for its care and love and for taking care of people when they need to be taken care of.”

There will soon be no doubt that you’ve entered the City of Port Arthur. Jason Miller, a representative of Houston... read more