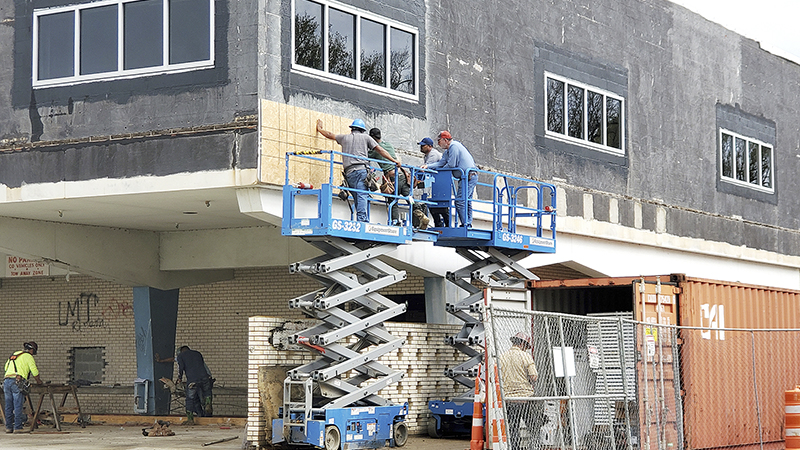 Emergency expenses approved by the Port Arthur city manager will now go before the city council after one councilman questioned a $79,000 purchase authorized in February but not discussed until April.

The first resolution called for the removal of an underground tank found below the concrete slab in the parking lot of the former Port Arthur News building, located at 549 4th Street. The building is under repair by the EDC.

Normally the public would not be privy to discussions that take place in an executive session, but only action made on items discussed. Burton, however, requested this week’s meeting take place in a open setting.

Before questioning the funds spent, Frank thanked Burton for his “transparency” in allowing the Zoom meeting to be viewed publicly.

“What exactly was the city manager’s thinking during the approval of that $79,000 for the EDC to pull up that tank?” Frank asked. “It was listed as an emergency at that particular time, and (EDC Executive Director Floyd Batiste) said it was an emergency because if it wasn’t pulled up, it was going to cost us more money.”

Burton said the amount in question had been “grossly misrepresented,” as it was $7,497. However, as discussion ensued, Councilman Kenneth Marks pulled the second resolution and confirmed the $79,000 amount.

“On the 5th of February 2021, what I did was use my best judgment as city manager, as stated in the third whereas of this resolution, was to act as part of an emergency action to make sure that I protected the lives of not only the individuals who worked on the site, which is 40 individuals, but also a total of 350 individuals that worked within close proximity of that exposed tank,” Burton said.

Burton added that he considers the removal of hazardous materials to be an emergency.

“If it was an emergency, I don’t have a problem,” Frank said. “I thank you for not trivializing the life of anybody. But all I’m saying is communicate. If it was truly an emergency, was everyone notified of this tank that had been in the ground for 30 years?”

Councilwoman Ingrid Holmes asked Burton how long work stopped on the site for removal of the tanks. Burton said he was not made aware of any loss in work time.

“I think there’s a play on words here and I don’t think that does any of us any service,” Frank said. “As a council member, a month later I’m made aware of the act that this has happened or transpired in a situation that you said needed to be acted on immediately. If the tank had ruptured and individuals had been injured, we would have known about that immediately.”

According to the invoice sent by NRC Gulf Environmental Services to Batiste on March 31, the $79,522.60 covered 11 days of work that began on March 12 with sample testing. An NRC representative wrote in the project reporting log that he took samples from a pit that had “sheen and an oily film to it.” He also collected soil samples that were put on ice and dropped off less than two hours later at a lab for testing.

Additional correspondence from the company to the EDC calls for the removal of contaminated soil in an area 45-feet long, 18-feet wide and 4-feet deep.