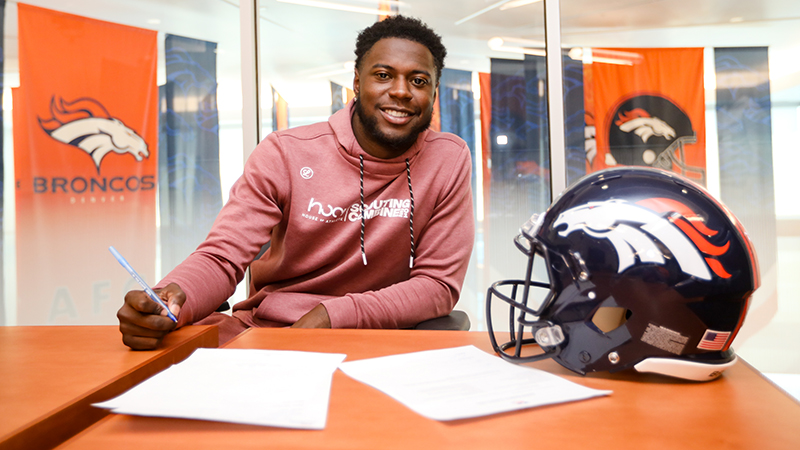 The Denver Broncos signed rookie cornerback and Memorial grad Kary Vincent Jr. to a four-year deal this week, according to multiple reports.

The two sides agreed to terms this week on a contract worth $3.5 million, according to reports from 9News, which is a Denver outlet.

Vincent reportedly received just more than a $100,000 in signing bonus.

The Broncos drafted the Memorial graduate in the seventh round of the NFL draft last month.

Vincent, who played on the 2019 LSU team that won the National Championship, opted out of last season, due to concerns surrounding the pandemic and to prepare for the draft.

“From winning a national championship until now has really been a blur,” Vincent previously told Port Arthur Newsmedia. “I haven’t really got a chance let it all sink in. I have just been enjoying it one second at a time and taking it as it happens. It has definitely been a dream come true.”

Vincent graduated from Memorial in 2017.