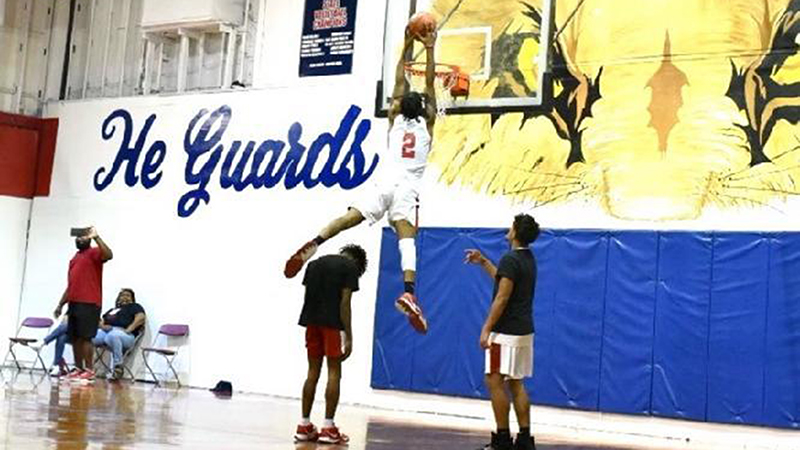 Bob Hope High School had quite the showing at the TCAL All-Star event in San Antonio this past weekend.

Mendoza was named the game’s MVP and Edwards won the slam-dunk contest. 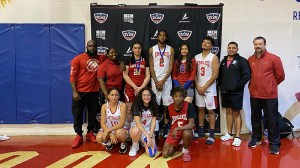 Student athletes and coaches from Bob Hope High School participated in the TCAL All-Star event in San Antonio this past weekend. Courtesy Photo

Bob Hope head basketball coach Rodney Lamb was selected to coach one of the all-star teams and led his side to a 79-46 victory. Ortiz competed in the three-point competition.

“We are proud of our Bob Hope Eagles,” Jesus Acosta, Bob Hope High School campus director, said in a written statement. “During this difficult year they have kept working to be their best despite all the challenges and obstacles placed in front of them. These students are great examples of our values of honesty, integrity, respect and service.

“Our coaches — Lamb, Jones, Johnson, Cruz and Marshall — are great role models who always emphasize that our student-athletes are students first and athletes second. Without these mentors and role models we would not be able to have the success we have had this year. We are also lucky to have the support of our CEO, Dr. Bobby Lopez, and our school board, who always support our students.” 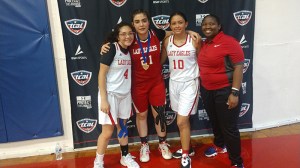 Lamb also was able to compete in the coaches’ all-star game, where he dropped 20 points to the surprise of his players.

“I had the most points in that game,” he said. “I was able to show the players that I am not just preaching. I can actually do it. The only thing about that was I felt it the next day. My whole body was sore. Our big man, Nick Edwards, won the dunk contest by jumping over Joseph Ortiz. Overall, it was a really good experience.”

Lamb said Bob Hope is academics first, but added he was happy to see the student-athletes get some shine.

“It made me feel proud,” he said. “Here, sports are on the back burner, which I understand. We have to be student-athletes. I love the fact they were able to compete and see other people compete. My basketball team enjoyed the volleyball game. They cheered like they were out there. They also cheered the girls basketball team. I think, overall, it was great.”