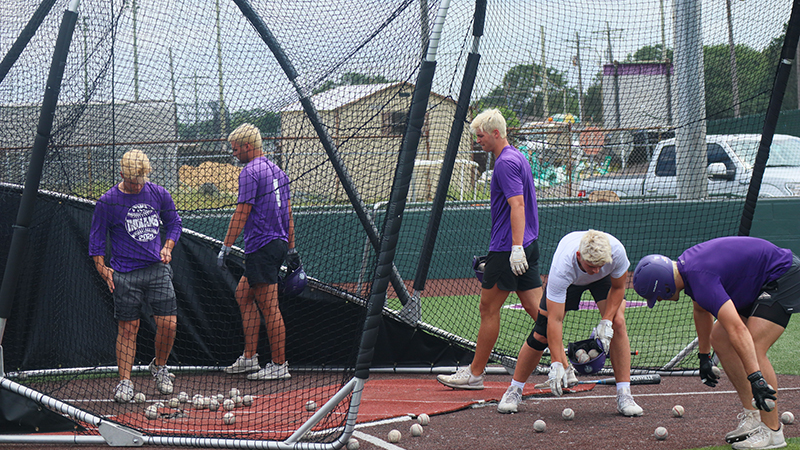 PORT NECHES — A group of seniors on the Port Neches-Groves baseball team wanted to leave their mark in their final season.

Blake Bost, Connor Roccaforte, Dean Guidry and Christian Sullivan were hanging out when Sullivan came up with the idea to celebrate the team’s playoff run.

“We wanted to leave something for the younger classmen,” Guidry said. “We said ‘Why not?’”

Over the course of the next few days, members of varsity bleached their hair.

Most went to a salon, Bost said, but some decided to take the DIY route.

“The team was all in,” Sullivan said. “We just thought it could be something to build team chemistry.”

Head coach Scott Carter said some members of the team asked him to join, but added that he declined.

“It was not something we had ever done,” Bost said. “We just wanted to start a new tradition.”

Bost said the team plans to keep the look through its playoff run. The Indians defeated La Porte 2-1 in a series over the weekend.

PNG will begin a second round series against Kempner starting Thursday.