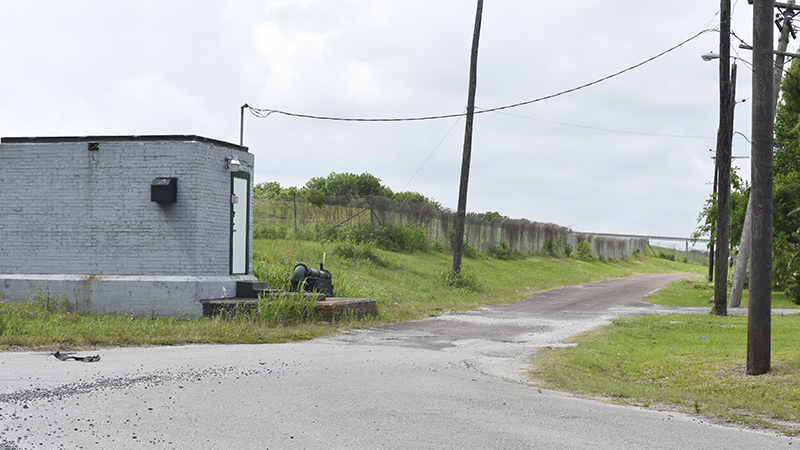 The 700 block of West Procter Street, as seen to the right, is where Terrel Delaney Willis, 30, of Port Arthur was found deceased Friday night. (Mary Meaux/The News)

Port Arthur experienced its first homicide of the year with the fatal shooting of Terrel Delaney Willis, 30, Friday night.

Port Arthur Police Department dispatch received a 911 call about several shots fired in the 700 block of West Procter Street at 9:19 p.m. When they arrived they found Willis, a Port Arthur resident, dead with a gunshot wound.

The area where Willis was found is mostly vacant lots. Across the street is a tall levee chain link fencing topped with barbed wire.

One section of the road goes towards the Port of Port Arthur and is marked with a private property sign, while the next block from where Willis was discovered includes a residential neighborhood.

As for the exact location the victim was located, police aren’t saying, Det. Mike Hebert said.

One woman in the area Monday, who did not want to give her name, said she didn’t know anything about the shooting, adding ashe and her family keep to themselves.

Hebert said the investigation continues and no one is in custody at this time.

Police are not releasing a possible motive for the killing.

Justice of the Peace Brad Burnett has ordered an autopsy.

Services for Willis are pending at Hannah Funeral Home.