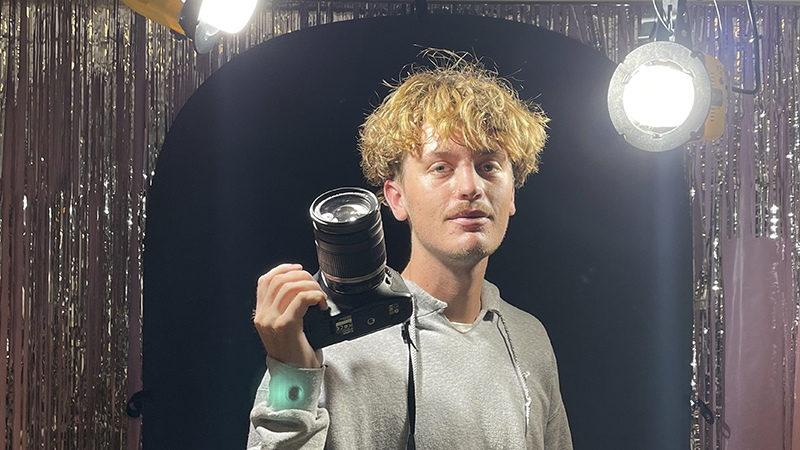 Jason Lovejoy, who currently holds school and national records in soccer, will be pursuing a communications degree in college. (Monique Batson/The News)

There’s little doubt that the soccer player who currently is ranked 4th in the country in assists and in January beat PNG’s record for goals could have his pick of schools. But it was never a thought.

“(The coach) knew this whole year that I didn’t want to play (after high school), so he didn’t really talk to me about it,” Lovejoy said.

It’s something he’s done since kindergarten. His father was a soccer fan. His sister, Lauren Lovejoy, was a record-breaking player at Lamar University.

PNG girls soccer coach Aimee Bates said when Jason Lovejoy’s sister played for her, he was 8 years old and would do flips on the field — like 20.

“He was this vibrant little go-getter, always positive, even at 8,” Bates said. “I’ve seen him grow up; he’s such a special boy.”

But it was towards the end of his sophomore year when he started thinking beyond the field.

In the fall he will begin classes at Texas State University to major in mass communications or advertising with a possible minor in photography. 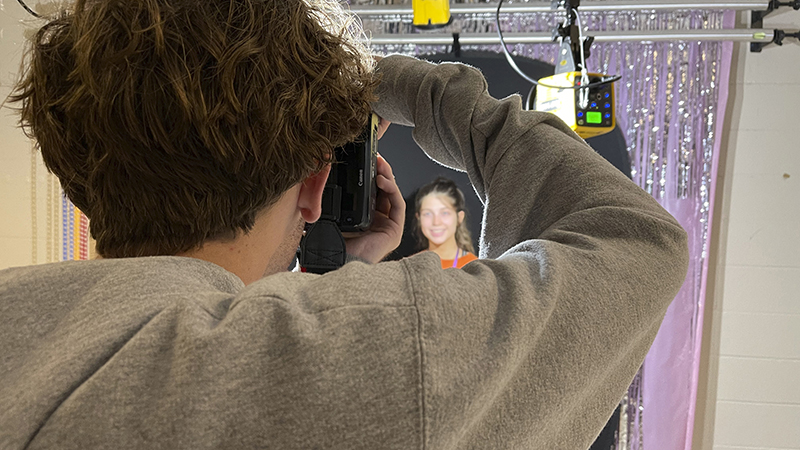 Jason Lovejoy takes a portrait of a classmate in his photography class at PNG. (Monique Batson/The News)

“The first time I saw anything he had done, I was like, ‘Good Lord, this isn’t his first rodeo,” said NDN Press Advisor Mike Tobias, from which Lovejoy takes photography and yearbook classes. “He definitely knew his way around a camera before I got to him. Teaching him was easy. He’s probably one of the best raw photographers I’ve come across so far.”

Lovejoy was in middle school when he started playing around with his mom’s Canon point-and-shoot. Soon after he asked for a camera for Christmas, and after that he rarely put one down.

This fall, he was active in G-Crew, which didn’t allow for many opportunities to take photos at games.

“Every once in a while he would pick up a camera or take one from a kid on the sidelines, take a couple of photos, and then give it back,” Tobias said.

Portraits, the senior said, are his favorite things to shoot.

During quarantine, he and his best friend went every week to shoot portraits of each other. And he’s been taking photos of seniors for a couple of years now.

In addition to soccer, photography and G-Crew; Lovejoy ran cross country for three years, is in yearbook and is a member of the school’s Press Club.